On, Off, On Again? Kelly Brook and David McIntosh Have Rekindled Their Romance

It seems that Kelly Brook and David McIntosh are back on again after ending their engagement last month.

The couple, who have been spotted together in Los Angeles and Mexico several times in the past week, became engaged in March after a brief romance (and another split).

It has been reported that Kelly called off their engagement because of rumours David had been sleeping with his ex-girlfriend Sarah Harper.

END_OF_DOCUMENT_TOKEN_TO_BE_REPLACED

David vehemently denied the allegations in an open letter, where he wrote: "I'm absolutely devastated that Sarah's lies have caused Kelly to end our engagement but am even more deeply upset that the woman I thought loved me and was literally my life my would not stand by me". 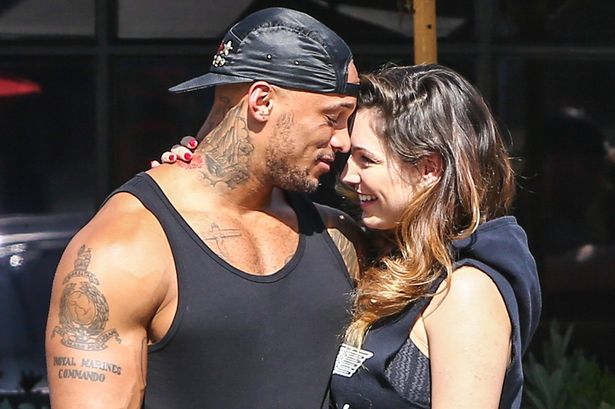 The former Gladiators star was then linked to model Metisha Schaefer but it seems he and Kelly started talking again after she warned him that intimate photos of him had been spotted online.

David initially blamed Kelly for the leaked photos but it seems this is what rekindled their relationship, according to The Daily Star.

An insider told the publication: "They had a bit of a spat over the pictures, but the thing was that it got them talking again. It was quite traumatic for them and to share something like that got the relationship going again.

"They were engaged and set to marry this year, so they did have a lot of feelings for each other. When they reached out for each other during this difficult time, they found love again".

popular
Liveline listeners call for RTÉ's new property show to be scrapped
Negative Covid tests will be required to enter Ireland, Cabinet agrees
Father and daughter stabbed to death in London
Pantos can go ahead this Christmas but don't bring the children – Health Minister
Andrew McGinley receives messages of support from RTE staff after cancelled interview
14-year-old boy charged with murder of 12-year-old Ava White
Toy Show's sign language interpreter Amanda Coogan hailed a "national treasure"
You may also like
2 years ago
Turns out, this colour of wine gives you the WORST hangover
5 years ago
Lily Allen has revealed that she was stalked for seven years
5 years ago
Pretty Little Liars actor Brandon Jones could be facing over five years in prison
5 years ago
Gwen Stefani Receives Massive Backlash After "Insulting" April Fools' Prank
5 years ago
Katie Price Names And Shames The Twitter Trolls Bullying Her Son Harvey
5 years ago
Kim Kardashian Blasts "Body-Shaming and Slut-Shaming" In Brilliantly Honest Post
Next Page