A well-known stylist to the stars has revealed the biggest body woe on the red carpet.

Rebecca Corbin-Murray works with the likes of Emma Watson, Lily James and Sophia Turner to name a few, and her job comes with a lot of pressure as she has the duty of making sure the glitterati are picture-perfect before they hit the red carpet.

And in doing so, Rebecca reveals that she has learnt a lot about what stars fear the most just before they take to the carpet and their main fear is an unusual one.

Yep, the celeb stylist revealed that the part of the body "where a fold of skin at the top of the arm meets the torso" gives her clients anxiety before their red carpet debut.

The term armpit vagina was first created by Jennifer Lawerence in 2014 when she joked: 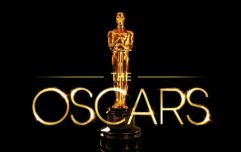 END_OF_DOCUMENT_TOKEN_TO_BE_REPLACED

And she's not the only one who feels affected by this ridiculous body hang-up. Rebecca spoke to The Times saying that it is by far the most common complaint she hears: "The one that comes up all the time is the arm vagina."

And now, she added that celebs are opting for more of a teapot stance (hand out from the body and placed on the hip) in a bid to create more defined arms, away from the torso.

Being constantly under scrutiny from the public eye has caused many of these celebs to investigate their looks and their body in an alarmingly detailed way.

But despite these celebs believing this is a serious body woe, many people have taken to twitter to call it out for exactly what it is. Utterly bizarre.

I can't help but think that these people have either never seen an armpit or they've never seen a vagina.

How young girls are being told not to have an "arm vagina"
THIS IS MAD https://t.co/ni7HXsLVzB

Who comes up with these ‘problem areas’ and what does their ‘ideal woman’ template look like? https://t.co/WR1UknDDR7

When does this madness end?

popular
'Beard-baiting' is now apparently a dating trend - and we're all for it
Someone has ranked the penis size of men from all over the world
Is Kourtney Kardashian dating this guy who looks just like Younes Bendjima?
Here's what happens on every day of your menstrual cycle (roughly)
Here's the average age people lose their virginity around the world
Kylie Jenner just posted a naked snap on Instagram, and people are NOT happy
The Queen has banned Meghan Markle from wearing any of Princess Diana's jewellery
You may also like
7 months ago
BAFTAs 2020: Why many celebrities dressed sustainably for this year's awards
7 months ago
Charlize Theron looked like a golden goddess at last night's Costume Designers Guild Awards
8 months ago
Maura Higgins going full Kardashian, and the rest of the top red carpet looks at the National Television Awards
8 months ago
Our top 9 favourite looks from the Golden Globes red carpet
10 months ago
Our top 10 favourite looks from the American Music Awards red carpet
1 year ago
We've picked out our favourite looks from the Emmys red carpet
Next Page