The brothers were joined by Diana's siblings to mark the occasion of her 60th birthday.

Prince William and Prince Harry have reunited in Kensington Gardens for the unveiling of a statue of their mother, Princess Diana.

Today would have been her 60th birthday.

END_OF_DOCUMENT_TOKEN_TO_BE_REPLACED

In a joint statement, the brothers said that they hope the statute will be seen as a symbol of their mother's "life and her legacy".

The full tribute reads: "Today, on what would have been our mother's 60th birthday, we remember her love, strength and character – qualities that made her a force for good around the world, changing countless lives for the better.

"Every day, we wish she were still with us, and our hope is that this statue will be seen forever as a symbol of her life and her legacy.

"Thank you to Ian Rank-Broadley, Pip Morrison and their teams for their outstanding work, to the friends and donors who helped make this happen, and to all those around the world who keep our mother’s memory alive." 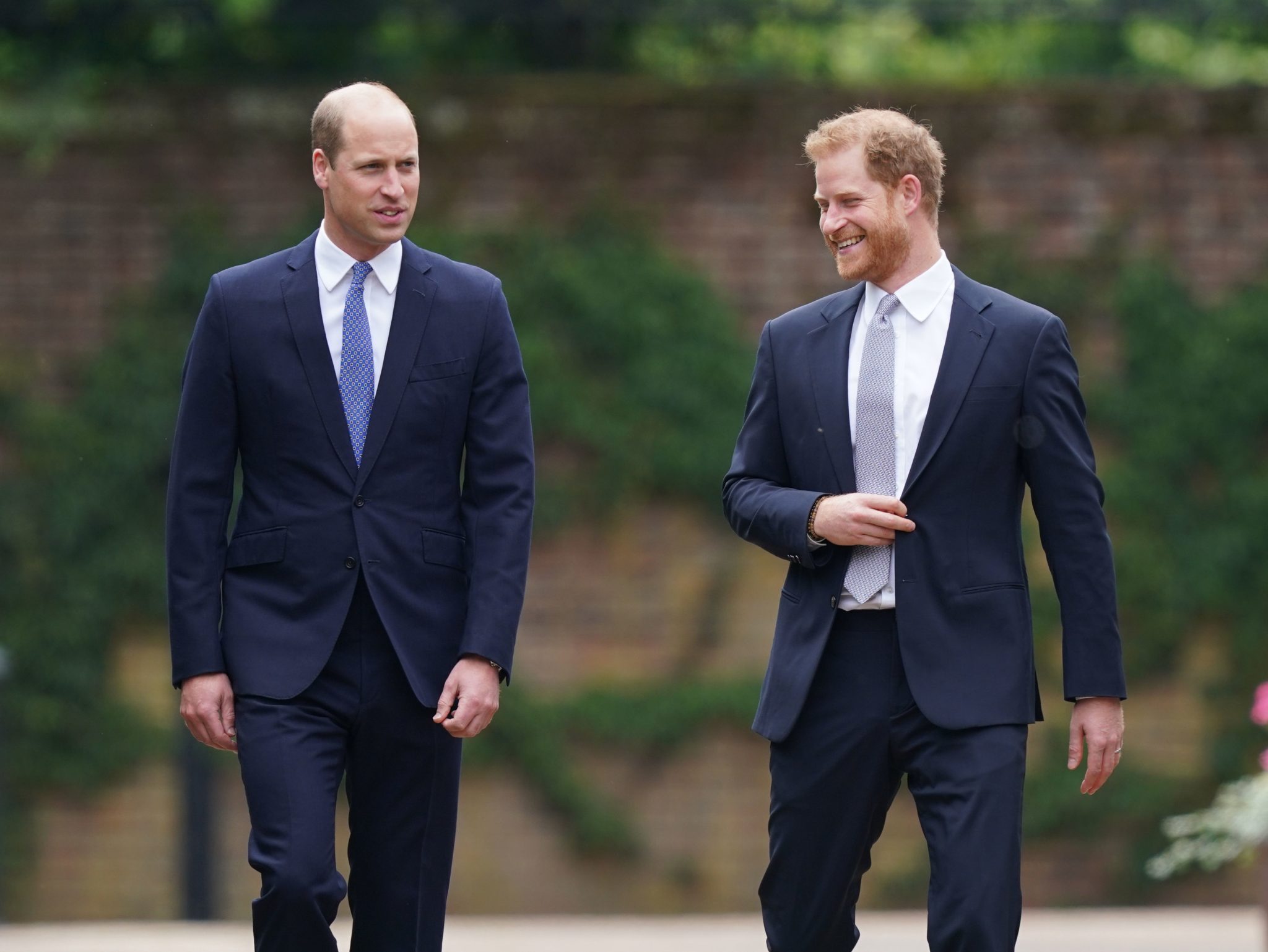 END_OF_DOCUMENT_TOKEN_TO_BE_REPLACED

The statue depicts Diana, with a child on either side of her. In front of it, a paving stone is engraved with an extract from The Measure of a Man, a poem by Albert Schweitzer.

It reads: "These are the units to measure the worth

"Of this woman as a woman regardless of birth.

END_OF_DOCUMENT_TOKEN_TO_BE_REPLACED

"Not what was her station?

"But had she a heart?

"How did she play her God-given part?"

Prince William shared the statement on his Instagram, as well as a picture of the two brothers looking at the statue.

The event marked the first time the brothers saw each other since the funeral of their grandfather Prince Philip. They were joined by their mother's siblings - Lady Sarah McCorquodale, Lady Jane Fellowes and Earl Spencer.

Outside of Kensington Palace, fans paid tribute to Princess Diana with banners, cards and flowers.

popular
Here's who Yvonne Connolly wants Jack Keating to couple up with
Rachel Stevens has split from her husband just weeks before their 13th anniversary
Irish girls name was the most used Irish name in the United States last year
10 stunning and affordable outfits that are perfect for a summer wedding
Love Island's Gemma finally tells villa about dad Michael Owen on TV
5 simple ways to build a more positive mindset, according to an Irish therapist
Yes, Ronan Keating's son is entering the Love Island villa
You may also like
1 week ago
Mike Tindall had some very harsh words to say about Prince Harry
3 weeks ago
Harry and Meghan release brand new picture of Lilibet to mark 1st birthday
4 months ago
People are baffled as they're just finding out Prince William and Harry have step siblings
4 months ago
Why is Prince Harry taking legal action against Daily Mail?
4 months ago
Prince Harry reveals he "does not feel safe" coming back to the UK
4 months ago
Prince Harry says HIV testing should be as normal as Covid testing
Next Page