Reality TV star Stephanie Pratt has spoken about her relationship with Made in Chelsea's Spencer Matthews, saying that "it lasted until he cheated".

Stephanie, who is currently competing in Celebrity Big Brother, opened up to fellow housemate Lauren Goodger in an episode which aired last night.

"I met Spencer my first night in London. I had no idea who he was. Worse luck right? I moved in with him because he was like "You’re my soul mate." He’s so good with that stuff,’ she added.

END_OF_DOCUMENT_TOKEN_TO_BE_REPLACED 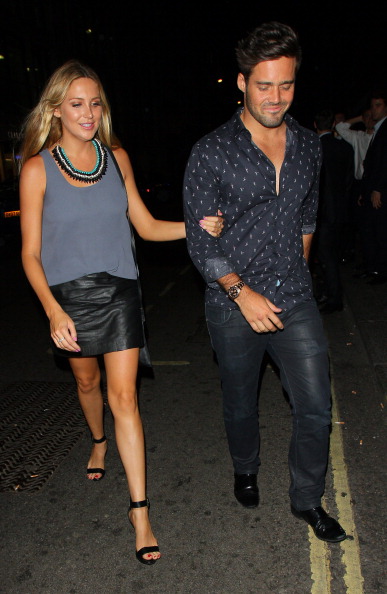 Stephanie and Spencer pictured together

When Lauren asked why the relationship ended, Stephanie replied: "It lasted until he cheated on me. We’re friends now but I never hang out with him. He's friends with all of his exes after he f***** them all over," she added.

At the time of the split, Spencer said it was because their romance moved too quickly, "The reason for the split is largely down to the fact that we moved far too fast from the dating stage to the living-together stage" said Mr Matthews.

We really hope Stephanie makes an explosive return to the show at some stage...

Girls With Goals || Her · Ep.151: 'A Story Shared' - Aoife P. Rafter on blogging during a pandemic and living with CF
popular
'I feel betrayed': Curtis Pritchard on Maura Higgins and Chris Taylor's relationship
'I loved it': The childhood drug addiction that inspired The Queen's Gambit
Viewers praise Corrie for emotional scenes as Leanne's son Oliver passes away
New ad campaign to show tampon string - despite push-back from media execs
Ross was never meant to say Rachel's name at the altar, Friends writer reveals
Roz Purcell apologises for error with new clothing line amid sizing criticism
All the series and movies you need to see before they leave Netflix in December
You may also like
1 year ago
Turns out, this colour of wine gives you the WORST hangover
4 years ago
Lily Allen has revealed that she was stalked for seven years
4 years ago
Pretty Little Liars actor Brandon Jones could be facing over five years in prison
4 years ago
Gwen Stefani Receives Massive Backlash After "Insulting" April Fools' Prank
4 years ago
Katie Price Names And Shames The Twitter Trolls Bullying Her Son Harvey
4 years ago
Kim Kardashian Blasts "Body-Shaming and Slut-Shaming" In Brilliantly Honest Post
Next Page