Sex and the City 3?! Jennifer Hudson Hints She May Return For New Film

We've been hoping for a third Sex and the City film for a long time and it looks as though it might finally be happening.

Jennifer Hudson gave an interview yesterday where she spoke about her role as Carrie's personal assistant in the first film.

Speaking to Dish Nation, the actress said that she had been approached for a role in the third instalment.

END_OF_DOCUMENT_TOKEN_TO_BE_REPLACED 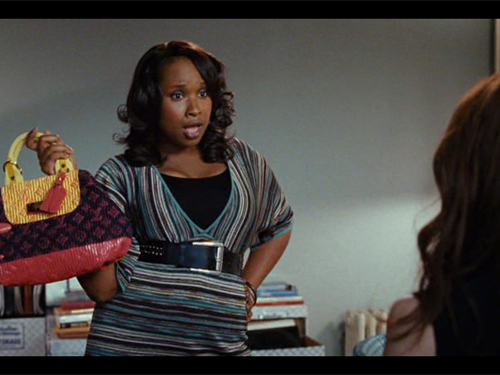 Thirty three-year-old Jennifer said: “Somebody just came to me talking about that. So if it’s in the talks, it might happen. Look for Louise from St Louis!"

Fans of Sex and the City will remember that Carrie and Louise shared a close bond in the first film and the last viewers saw of Louise was when she left to get married in her hometown of St Louis.

END_OF_DOCUMENT_TOKEN_TO_BE_REPLACED

Earlier this year Kristin Davis, famous for her role as Charlotte York in SATC, appeared on ITV show This Morning and said she would be willing to do another film.

She fuelled rumours when she said: “Would I do another? Of course! We'd be thrilled if there was another one! I think in our hearts - I shouldn't speak for all of us - but I feel like it's unfinished.”