'She Thinks He's Sexy In His Own Way' - Rihanna Is Dating Who?!

They previously teamed up to release single Princess Of China but apparently Chris Martin has plans to create more than sweet music with Rihanna.

While his ongoing close relationship with ex-partner Gwyneth Paltrow has led to rumours of a reconcilation, reports in the US suggest that the Coldplay frontman is moving on to a very different lady instead.

According to Star Magazine, Martin is planning to explore his relationship with Rihanna as he finds her "intoxicating".

END_OF_DOCUMENT_TOKEN_TO_BE_REPLACED

"They plan on spending much more time together. Chris felt suffocated by Gwyn because she's such a perfectionist. But Rihanna is more down-to-earth and carefree and beautiful. He thinks she's intoxicating.''

And a source told the magazine that the attraction may not be unrequited.

"Rihanna hasn't dated many men like Chris, but she's telling friends that she thinks he's sexy in his own way. She's willing to see where things go with him." 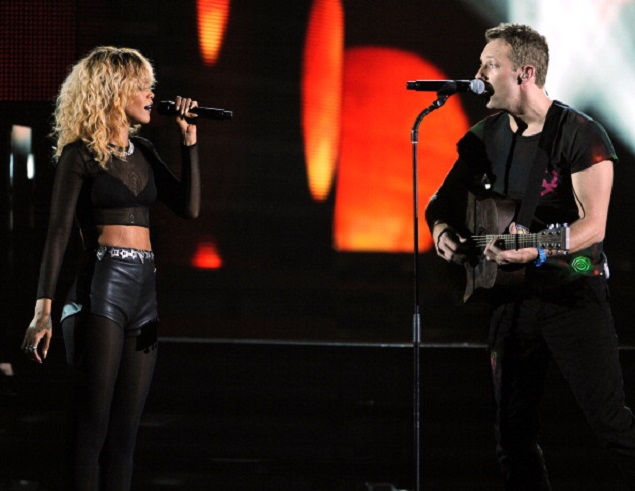 popular
Vicky Phelan says she wants to pass away in holiday home "for the kids' sake"
Scotland international rugby star Siobhan Cattigan tragically dies, aged 26
Meabh Feerick passes away after sharing that she felt "let down" by Irish healthcare system
Why Are Men so Obsessed With Boobs? The Answer is Pretty Surprising...
Ashley Cain decorates baby Azaylia's grave for Christmas
Vicky Pattison thanks fans for support after doctors find ovarian cyst
How to INSTANTLY unblock your stuffy nose (we swear this works)
You may also like
2 years ago
Turns out, this colour of wine gives you the WORST hangover
5 years ago
Lily Allen has revealed that she was stalked for seven years
5 years ago
Pretty Little Liars actor Brandon Jones could be facing over five years in prison
5 years ago
Gwen Stefani Receives Massive Backlash After "Insulting" April Fools' Prank
5 years ago
Katie Price Names And Shames The Twitter Trolls Bullying Her Son Harvey
5 years ago
Kim Kardashian Blasts "Body-Shaming and Slut-Shaming" In Brilliantly Honest Post
Next Page