Television star Sarah Drew and her husband Peter Lanfer have welcomed their second child together, a baby girl.

A representative confirmed the news to Us Weekly. In a statement, the couple said: “We are thrilled to welcome baby Hannah Mali Rose to our family.

“Although we kept her gender a surprise until her birthday, Micah somehow knew she’d be a girl from the moment we told him we were pregnant. He is over the moon to be big brother to sweet Hannah.”

END_OF_DOCUMENT_TOKEN_TO_BE_REPLACED 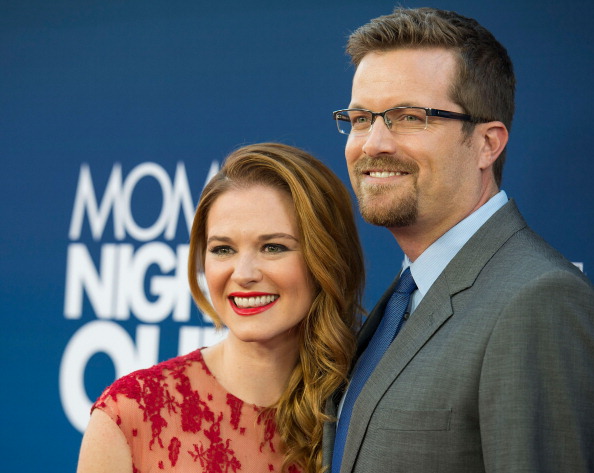 Sarah and Peter have welcomed their second child together.

The little one arrived three and a half weeks early and weighed 6lbs 14oz. She joins big brother Micah Emmanuel (2).

Sarah is best known for her role in medical drama Grey’s Anatomy but she has also appeared in Everwood and Mad Men.

The actress took to Twitter, as she did to announce her pregnancy, to explain the reasons behind her daughter's name.

I've always loved the name "Hannah". It means "grace" or "favor" and Hannah was also a Biblical figure who had tremendous faith in God.

There is a beautiful red bird named the Mali Firefinch for our redheaded early bird. She came 3.5 weeks early with a full head of red hair.

We chose Rose because it is one of the few flowers that blooms in December and we liked the way the names sounded together.

popular
Here are the baby name trends set to dominate 2023
Love Island's Faye Winter says she feels like she's "failing" as an influencer
Selena Gomez calls out "vile and disgusting comments" following Hailey Bieber interview
5 delicious brunch spots around Ireland to try out on your next trip with the girls
Stacey Solomon addresses previous comments about the monarchy
Royal Family ban TV channels from using funeral footage
Why Are Men so Obsessed With Boobs? The Answer is Pretty Surprising...
You may also like
3 years ago
Turns out, this colour of wine gives you the WORST hangover
6 years ago
Gwen Stefani Receives Massive Backlash After "Insulting" April Fools' Prank
6 years ago
Katie Price Names And Shames The Twitter Trolls Bullying Her Son Harvey
6 years ago
Kim Kardashian Blasts "Body-Shaming and Slut-Shaming" In Brilliantly Honest Post
6 years ago
WATCH: Emma Watson Launched HeForShe Arts Week On International Women’s Day
5 days ago
Ellie Simmonds targeted by online abuse following Strictly debut
Next Page