Well he’s hardly the modest type, but this new Kanye quote kind of takes the biscuit.

The singer was speaking to a panel about his wedding photos and expressed his disappointment when photographer Annie Leibovitz pulled out of the Kimye nuptials.

West revealed how the power-house couple later “spent four days” of their honeymoon working on the wedding photo they later instagrammed "because the flowers were off-colour and stuff like that.”

END_OF_DOCUMENT_TOKEN_TO_BE_REPLACED

Kanye wasn’t prepared to let his photographs suffer from the photographer’s absence, saying:

Despite the photo bearing no resemblance to an atmospheric Leibovitz shot, Kimye must have been pleased that they managed to still claim the most ‘liked’ photo on Instagram ever.

"And the fact the No 1 most-liked photo [on Instagram] has a kind of aesthetic," continued Kanye, "was a win for what the mission is, which is raising the palate."

Yes, he really did say that. 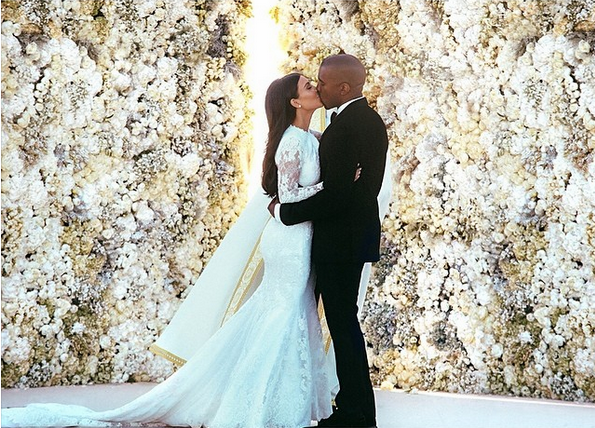 Girls With Goals || Her · Ep.154: Scholarship Squad Take 2 - Smurfit alum Grace Milton
popular
'They're Dead To Me Now' - Kate And Oliver Hudson Have Been Disowned By Their Father
It's a Sin: Bump Channel 4's latest drama to the top of your watch-list
Someone has ranked the penis size of men from all over the world
Sex dreams: What do they mean and why do we have them?
Kourtney Kardashian and Travis Barker are officially dating
Reality TV show One Night With My Ex starts on Irish TV tonight
Police called to "illegal rave" in UK to find pensioners queuing for vaccine
You may also like
1 year ago
Turns out, this colour of wine gives you the WORST hangover
4 years ago
Pretty Little Liars actor Brandon Jones could be facing over five years in prison
4 years ago
Gwen Stefani Receives Massive Backlash After "Insulting" April Fools' Prank
4 years ago
Katie Price Names And Shames The Twitter Trolls Bullying Her Son Harvey
4 years ago
Kim Kardashian Blasts "Body-Shaming and Slut-Shaming" In Brilliantly Honest Post
4 years ago
WATCH: Emma Watson Launched HeForShe Arts Week On International Women’s Day
Next Page