“You Go Glen Coco!” - Mean Girls Reunion In The Works

Lindsay Lohan has sparked rumours of a Mean Girls reunion after appearing on The Tonight Show.

'It would be amazing!' the actress told host Jimmy Fallon on Thursday night.

'When I saw [screenwriter] Tina [Fey] backstage [during Fallon's inaugural show], she mentioned maybe doing some sort of reunion.'

According to 27-year-old Lindsay, Tina is currently in talks with Mean Girls producer Lorne Michaels. 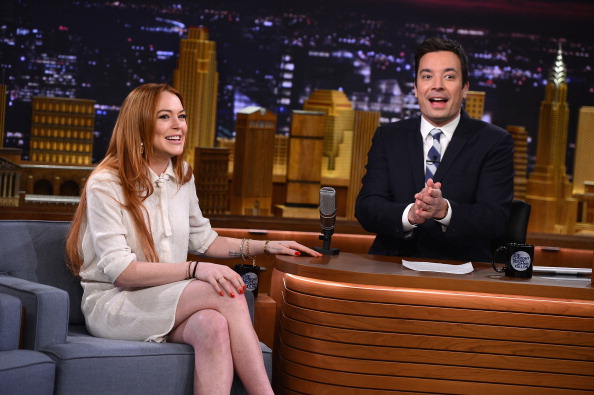 END_OF_DOCUMENT_TOKEN_TO_BE_REPLACED

The 2004 film was a worldwide hit and has gained a mass following.

2011 saw the release of Mean Girls 2 direct-to-video and the only original cast-member involved was Tim Meadows.

This year marks the 10th anniversary of the cult comedy and we have to say we’re more than little excited about a reunion… SO FETCH.

popular
These are the top baby names for 2022
Man charged in connection with Ashling Murphy's murder
People are only realising Kendall Jenner and Gigi Hadid are related and the reactions are gas
Teen who pushed girl “head first” under Dart to face trial in adult court
Taxi driver who dropped missing woman Bernadette Connolly off comes forward
Here are all the Instagram accounts of the stars of Netflix's Cheer
There's a challenge on TikTok going viral because apparently, only women can do it
You may also like
2 years ago
Turns out, this colour of wine gives you the WORST hangover
5 years ago
Pretty Little Liars actor Brandon Jones could be facing over five years in prison
5 years ago
Gwen Stefani Receives Massive Backlash After "Insulting" April Fools' Prank
5 years ago
Katie Price Names And Shames The Twitter Trolls Bullying Her Son Harvey
5 years ago
Kim Kardashian Blasts "Body-Shaming and Slut-Shaming" In Brilliantly Honest Post
5 years ago
WATCH: Emma Watson Launched HeForShe Arts Week On International Women’s Day
Next Page