6 ways Bananas In Pyjamas lied to us about adult life

Bananas In Pyjamas were liars.

Those anthropomorphic divils lied to us impressionable youths and I'm still not even remotely close to being on the way to forgiving them.

The show followed the pair as they meandered their way through everyday life, dropping lies and misleading the masses like it was nobody's business.

Well no longer shall it continue. Here's six ways those fruity f**ks lied to us about adult life.

1. It's entirely acceptable to wear your pyjamas all the time 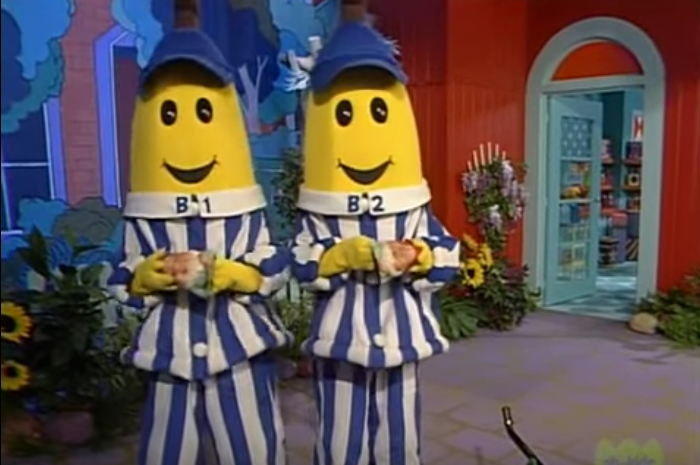 END_OF_DOCUMENT_TOKEN_TO_BE_REPLACED

The Bananas led us to believe that it was socially an okay thing to do to be in your pyjamas out and about. Nobody they encountered ever questioned their fashion choices, which reinforced their beliefs that it was entirely fine. Having personally worn pyjamas on a very quick trip to the corner shop before, I can confirm that you will be met with disapproving looks and hushed tutting sounds from fellow patrons.

2. Fruit can talk and is capable of friendship 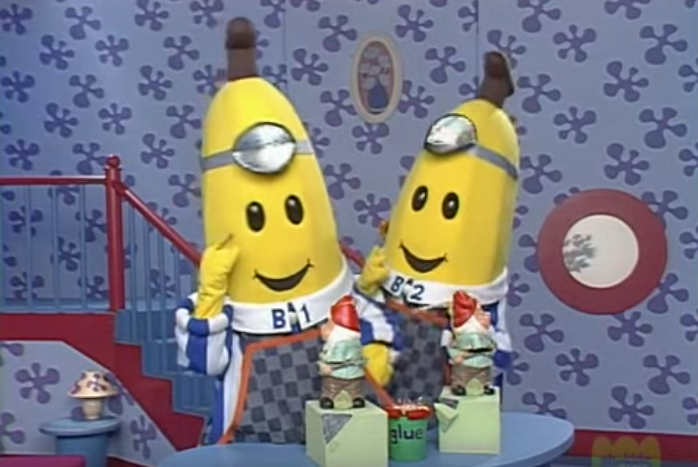 END_OF_DOCUMENT_TOKEN_TO_BE_REPLACED

Not a viewer of Bananas In Pyjamas was immune from looking at their fruit bowl a little differently after witnessing the show. If these bananas could be out and about having fun together, why were mine just sitting there turning brown and freckly? BIP led me to believe that bananas could be so much more than a reliable source of potassium, yet mine had chosen to play dead around me. Their loss, I threw them in the bin.

3. Owning a house is easy, even a piece of fruit can have one 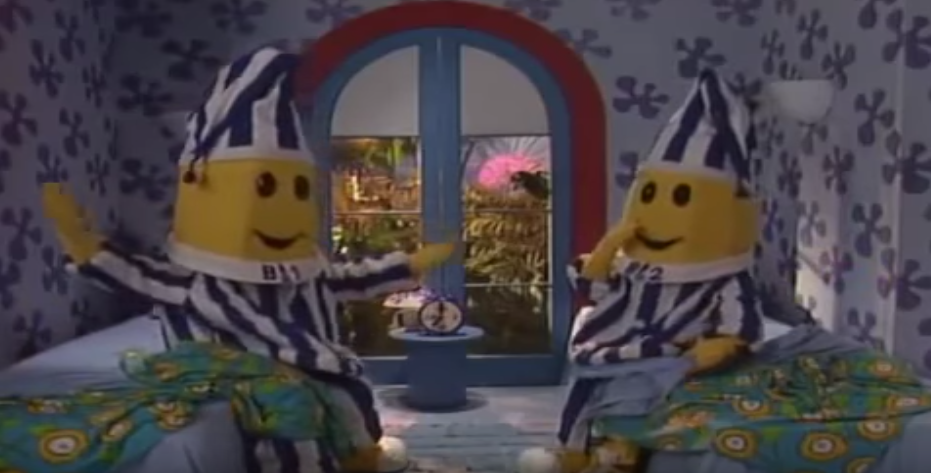 Literally not once did these fruity folk acknowledge the fact that they had somehow purchased their own house, a two-storey no less. Their was never a mention of paying rent or a mortgage, keeping the place tidy or getting general repairs done. We were grossly misled. There's no way their lifeguard jobs brought in enough money to keep things ticking over. It's their fault the property market crashed and we will all live at home until we're 35.

4. Chasing bears is a safe thing to do 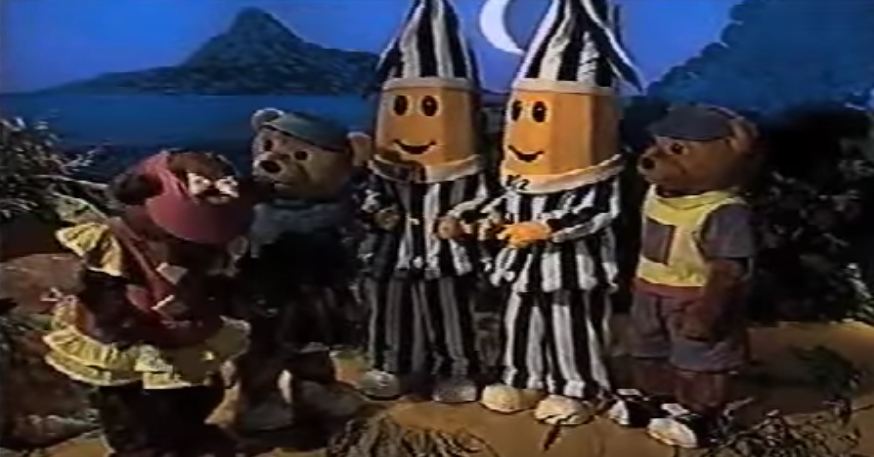 The Bananas were eternally running around after those teddy bears. We were led to believe that they were all good pals and got on very well, but regardless, it was a slightly worrying message to be sending out to the youth of the 90s. If you were to chase after a bear, the likelihood of it spotting you and subsequently having you for dinner is very high. Bears should be admired from afar and with no sudden movements.

5. Rats can be successful business owners 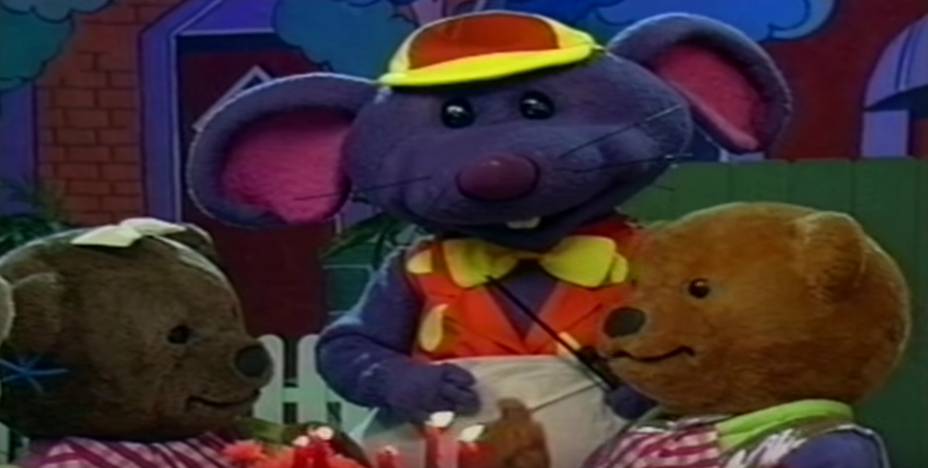 Rat in a Hat was the sole proprietor of the community store on BIP, and everyone carried on with their lives as if that was a perfectly normal thing to happen. Rats make terrible shopkeepers, they are too small to reach the till, they'd end up eating a large amount of the produce and the premises would be served with a closure order due to his presence there. Rats, quite frankly, out.

6. The lifespan of a banana can last several years 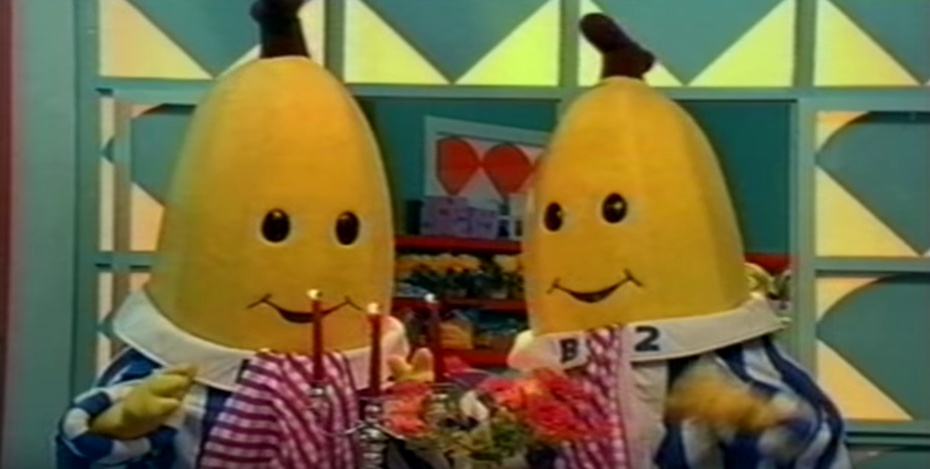 The original Bananas In Pyjamas was on our screens for about 5 years, do they think we're idiots? A ripe banana will stay fresh if kept in the fridge for 5-7 days, or in the freezer for 2-3 months. Did those pyjama-laden boys ever set foot inside a fridge or freezer on the show? Did they flip. In keeping with reality, did they start to brown after a few days? Not so much as a freckle, no. Those bananas were lying scum.

popular
Bride asks for divorce day after wedding following groom's disrespectful cake stunt
Gwen Stefani reportedly pregnant with baby number four
Police believe they know what happened to missing dog walker Nicola Bulley
Natalie Imbruglia's Torn is actually a cover and the original just isn't the same
Couple decide to live on cruise ship permanently after finding it's cheaper than paying mortgage
These are the most popular names for babies born in February
If you constantly have a cold nose, this could be the reason why
You may also like
1 week ago
Where to watch 2023's ten Best Picture Oscar nominees
1 week ago
Love Island's Haris reportedly dumped from villa after street brawl video
2 weeks ago
Netflix is about to launch the Avengers Assemble of reality dating shows
1 month ago
All of the new Netflix movies and shows arriving in January
1 month ago
This is every film showing on TV on St Stephen's Day
2 months ago
Zoë Kravitz confirms that there won't be a third season of Big Little Lies
Next Page