She asked the president's daughter if she fancied going to the cinema.

Last night, Channel 4 aired an hour-long special episode of Derry Girls, which was set around the Good Friday Agreement referendum.

The emotional episode saw the group prepare for Erin and Orla's joint birthday party, while planning on how they were going to vote in the referendum. 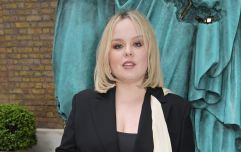 END_OF_DOCUMENT_TOKEN_TO_BE_REPLACED

In the end, they all voted yes, and the final scene featured an exuberant Joe walking out of the polling station holding hands with his youngest granddaughter.

It didn't finish just there, however, and in the show's epilogue, we see Chelsea Clinton read out a letter sent to her by Orla and Erin that had gotten lost in the post back in the 90s.

As it turns out, the show's creator, Lisa McGee based that storyline on her own experience. 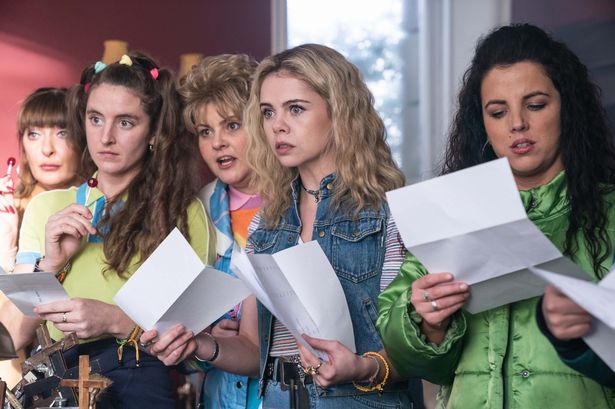 END_OF_DOCUMENT_TOKEN_TO_BE_REPLACED

In a 2019 interview with the New York Times, the Irish writer explained that she penned a letter to Chelsea in 1995 when the President Bill Clinton and his family visited Northern Ireland.

In her correspondence, McGee invited Chelsea to go see a film with her at the Strand cinema in Derry.

"She never replied," Lisa said. "The innocence of that. Living in this place that’s violent and scary, but we were these eejits running about writing letters to Chelsea Clinton."

All these years later, Chelsea has not only returned Lisa's correspondence, but she went one step further and agreed to star in the post-credits scene, an experience she said she was "honoured" to do.

END_OF_DOCUMENT_TOKEN_TO_BE_REPLACED

Afterwards, she said: "Thanks to Lisa McGee’s incredible talent, and that of the wonderful cast and crew of Derry Girls, people around the world have been able to better understand and relate to a hugely significant and important period of history in Northern Ireland and for the world.

"Like many, I am a big fan of the series, and I was honoured to be able to appear in the very special final episode. I hope people enjoy watching it as much as I enjoyed being a part of it."

popular
Here are the baby name trends set to dominate 2023
Love Island's Faye Winter says she feels like she's "failing" as an influencer
The best Halloween costumes no matter what your hair colour is
Selena Gomez calls out "vile and disgusting comments" following Hailey Bieber interview
Irish twins featured by Gucci during Milan Fashion Week
First Look at David Seaman and Frankie Poultney's Wedding...
Stacey Solomon addresses previous comments about the monarchy
You may also like
3 months ago
The little girl who played baby Anna on Derry Girls has been diagnosed with leukaemia
4 months ago
A Derry Girls star made an appearance in Conversations with Friends last night
4 months ago
Viewers in bits over emotional Derry Girls finale special
4 months ago
Derry Girls creator shares three more storylines that never made it into the show
4 months ago
An ode to Derry Girls
4 months ago
Derry Girls fans in bits following emotional season finale
Next Page