Conversations With Friends aired on RTÉ last night and viewers were left jaw dropped as one very familiar Derry Girls star made a surprise appearance.

Fans were left in shock when none other than Da Gerry, or as we know him best Tommy Tiernan, turned up as main character Frances' dad on the new show.

END_OF_DOCUMENT_TOKEN_TO_BE_REPLACED

Going from an emotional goodbye on Channel 4 with the end of the much loved series, fans didn't expect to see Tommy pop up on their screens again in the new show.

Thankfully, it was a good reaction as fans were only delighted that he wouldn't be leaving the TV screen for too long. 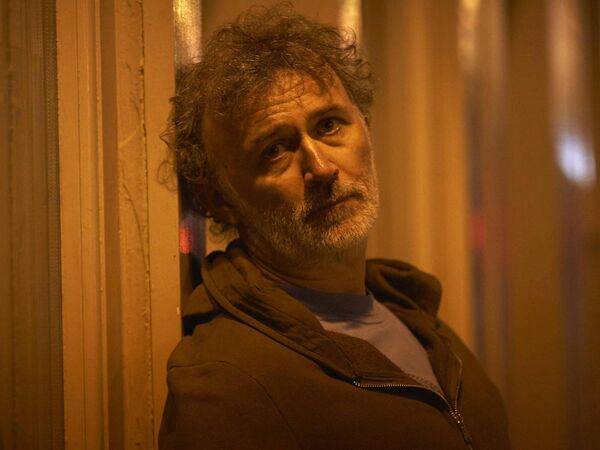 Taking to Twitter, viewers were delighted to see his TV return, even if it was, to us, only a matter of minutes apart.

END_OF_DOCUMENT_TOKEN_TO_BE_REPLACED

One person said: "Can't say I feel hugely compelled to watch another episode of #conversationswithfriends. The Tommy Tiernan cameo was the only scene that made me sit up and pay attention - and the only glimmer of something interesting going on."

Another said: "Seeing Tommy Tiernan in both Derry Girls and Conversations with Friends proved to me just how talented an actor he is. Phenomenal performances."

A third added: "Turned on #ConversationswithFriends after #derrygirlsfinale and seeing Tommy Tiernan here as well, what a superb actor! I really hope he keeps doing it, he's fab!."

While a fourth wrote: "Semi related: seeing Tommy Tiernan pop up in Conversations with Friends as Frances' dad made me screech "Gerry!" at the top of lungs like Ma Mary (such is your reach @TaraLynneONeil1!). Sorry Tommy, you'll forever be Gerry Quinn to me now, I don't make the rules!"

popular
Parents told to stop buying selection boxes for kids- here's why
This Netflix Christmas film is being dubbed the perfect rom-com
Only watch this new Netflix film if you want to bawl your eyes out
"You can’t imagine what it feels to have had a baby and yet feel like you didn’t"
Why Are Men so Obsessed With Boobs? The Answer is Pretty Surprising...
Mollie King announces death of her father just weeks after welcoming her first child
Here's what happens on every day of your menstrual cycle (roughly)
You may also like
2 days ago
Miriam O'Callaghan says her sister's tragic death made her life life to the fullest
1 month ago
Tracy Clifford: "Half the population are female, you have to be represented on air."
5 months ago
Body of a man discovered on RTÉ campus
5 months ago
Leo Varadkar says he hopes RTE and Pride can "sort out" differences
5 months ago
RTÉ 'disappointed' by Dublin Pride's decision to end partnership
5 months ago
Dublin Pride terminate partnership with RTÉ following Liveline programmes on gender identity
Next Page