The pop star is a fan.

As we eagerly await the arrival of Conversations With Friends to Irish screens this Wednesday, Taylor Swift has given the show her seal of approval.

The pop star's boyfriend Joe Alwyn plays Nick in the series, which is an adaption of Sally Rooney's novel of the same name.

END_OF_DOCUMENT_TOKEN_TO_BE_REPLACED

Taking to Instagram to praise the show, the Cardigan singer shared an article by Time, which said that the adaption "breathes fresh life" into the story. On top of this, she wrote: "Can confirm it's phenomenal."

As well as Alwyn, Conversations with Friends stars Alison Oliver and Sasha Lane as best friends and college students Frances and Bobbi, respectively. The pair soon befriend an older married couple, Nick and Melissa (Jemima Kirke), and it's not long before Frances and Nick embark on an affair of their own.

All 12 episodes of Conversations with Friends landed on the BBC iPlayer last night, and Irish viewers will be able to watch it, two episodes at time starting from this Wednesday. 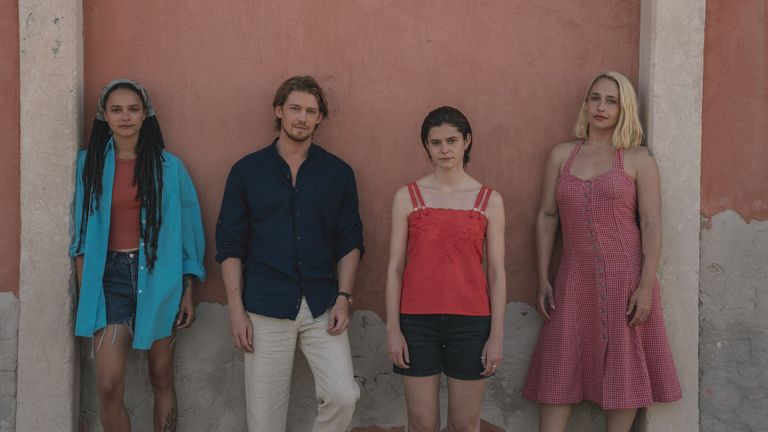 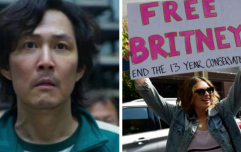 END_OF_DOCUMENT_TOKEN_TO_BE_REPLACED

The first two episodes will air on RTÉ One at 9.35pm on Wednesday, 18 May, and they will also be available to watch on the RTÉ Player.

In an interview with Us Weekly, she said that O'Brien has "a really brilliant system that she kind of goes through with you when you’re approaching those scenes."

The Irish actress continued: "She’ll kind of go through the text with you in-depth and it’ll always feel like those scenes are there as extensions of dialogue and that it’s there to kind of continue the storytelling rather than anything kind of gratuitous or just kind of thrown in. She really puts you at ease and she kind of starts to talk about what shapes you want to make to tell the story.”

popular
Gwen Stefani reportedly pregnant with baby number four
Why Are Men so Obsessed With Boobs? The Answer is Pretty Surprising...
Shawn Mendes (24) is reportedly dating Dr Jocelyne Miranda (50)
US fast food chain Wendy's planning to open in Ireland
How to INSTANTLY unblock your stuffy nose (we swear this works)
If you constantly have a cold nose, this could be the reason why
Someone has ranked the penis size of men from all over the world
You may also like
4 days ago
US Senate to meet over Taylor Swift ticket sales
1 week ago
Ticketmaster cancels Taylor Swift's general sale after insane presale frenzy
3 weeks ago
Why Florence Pugh and Taylor Swift are spot on about Wicklow
1 month ago
Fans believe Taylor Swift revealed the name of Blake Lively's fourth child
1 month ago
Taylor Swift removes 'fat' scale from 'Anti-Hero' music video after backlash
1 month ago
A comprehensive list of how Taylor Swift fans know which re-release is coming next
Next Page