Georgia and Sam broke up last night, in case you weren't aware.

The Love Island contestants took to social media yesterday to confirm that they had, in fact, split and that they didn't want to provide any more information than that.

END_OF_DOCUMENT_TOKEN_TO_BE_REPLACED

Afterwards, rumours began circulating that Georgia had cheated on Sam. Then, somebody suggested that Georgia was currently seeing her PA tour manager and that was the reason behind their split.

Then, Georgia weighed in on the whole situation and said it was ridiculous to even think that she cheated on Sam with her manager.

It was a whole thing. 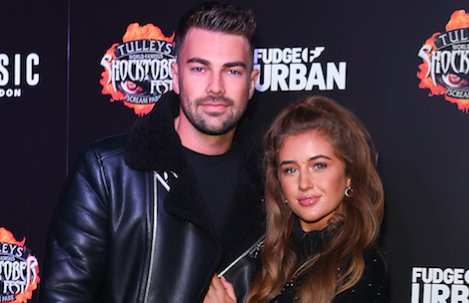 END_OF_DOCUMENT_TOKEN_TO_BE_REPLACED

Still though, none of it has been quite as entertaining as Dr Alex's response to the whole debacle.

He took to Instagram this afternoon to share his reaction and it is nothing short of savage.

We didn't know we had it in him, to be honest.

Here's what he posted:

Dr Alex's post has already received about 60k likes and it's only been uploaded about an hour so you know people are absolutely hopping off this dig.

Can't blame them either, really.

Georgia and Sam are the fifth Love Island couple to call it quits after the show ended earlier this year.

Charlie Brake announced via Instagram Stories last month that he had split from Ellie Brown; while Laura Crane and Jack Fowler also recently announced their split.

Meanwhile, Laura Anderson and Paul Knops have gone their separate ways and Samira Mighty and Frankie Foster's have made the decision to call time on their relationship.

Just wasn't meant to be, we guess.

popular
Smyths issues warning to parents ahead of Christmas
Netflix's true crime series Sins of our Mother is seriously insane
So, William and Harry have a step sister... and who knew?
Everything coming to Netflix this October
Why Are Men so Obsessed With Boobs? The Answer is Pretty Surprising...
A Criminal Minds re-boot is happening – and here's everything we know
Meghan Markle's old CV has emerged - and it seems she lies like the rest of us!
You may also like
2 days ago
Love Island's Indiyah explains why she called a medic in the villa
2 days ago
Greg O'Shea opens up about "really bad" time as he suffered a mental health crisis
4 days ago
Love Island's Tasha lands yet another fashion deal
1 week ago
Liam Reardon shares impact of rumours following his split with Millie
1 week ago
Luca Bish and Gemma Owen not ready to move in together
1 week ago
Love Island's Mary Bedford involved in car crash
Next Page