C'mon lads, is James alive or not?

In a few weeks, The End Of The F***ing World will return to our TV screens.

It's an exciting time for all among us who appreciate Alyssa's feistiness, James's shirts, and new characters who are quite mysterious indeed.

The second series of the show - based on the comic book of the same name - kicks off on Monday November 4, so we really don't have that long to wait at all before we're fully immersed in the world of chaos and mishaps again.

And now the first trailer for the series has finally dropped too. Delightful. 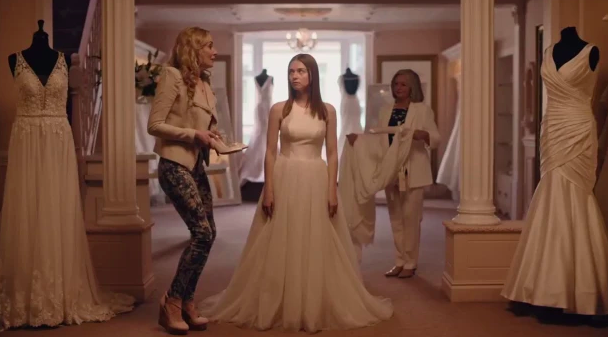 The trailer, which aired on Channel 4 yesterday, shows Alyssa running over to James's lifeless body after he is shot on the beach.

It also shows her trying on a wedding dress, working in a cafe, and meeting Bonnie.

"I'm Alyssa, I'm nineteen, and I thought I'd already had the shittest day of my life, but this is actually worse," she says in the trailer.

The clip also features a few flashbacks of Alyssa and James sharing a kiss, and generally wreaking havoc.

The trailer doesn't, however, confirm or deny whether James is actually alive after he was shot and left for dead at the end of season one. 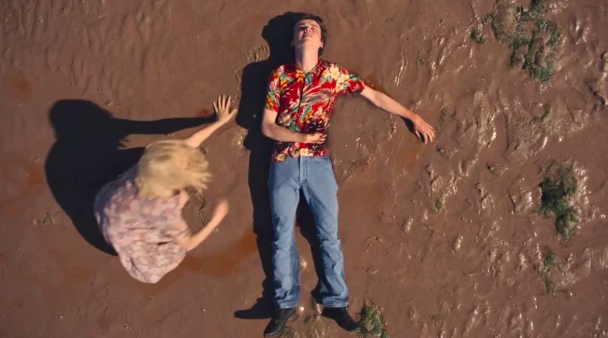 END_OF_DOCUMENT_TOKEN_TO_BE_REPLACED

Creator Jonathan Entwistle said previously that it doesn't really matter whether James is alive or not - a claim that we don't necessary agree with, tbh.

"In some ways, the cleanest, most epic, emo teenage ending is what we have," he told Collider.

"And it's literally like the crystallised version of this heightened world that we have there at the end.

"So, to a certain extent, it's the perfect circle for James. He always thought he was a psychopath, but meeting Alyssa made him deal with the things (...) he obviously wasn't a psychopath and he sort of knew that all along."

What the trailer does do is give us a glimpse of new character Bonnie, a woman who has a mysterious connection to Alyssa, and seemingly wants to hunts her down and cause her some strife.

The End Of The F***ing World returns to Channel 4 on Monday, November 4.

popular
Love Island's Lucie and Luke have confirmed they are, indeed, dating
QUIZ: How well do you remember The Rugrats Movie?
Lidl launches own fake tan and it'll only set you back €3.99
Staycation: 7 gorgeous glamping spots for your Irish summer getaway
There's a Harry Potter themed Airbnb in Roscommon and we just need to visit
QUIZ: Can you name the Keanu Reeves movie from just the screenshot?
Boohoo has promised to investigate supplier over claims it paid workers less than €4 an hour
You may also like
8 months ago
The End of the F***ing World season two is coming to Channel 4 next month
10 months ago
There's a new show on Channel 4 that's been coined The Undateables for dogs
10 months ago
We finally have a start date for this year's Great British Bake Off - August 27
10 months ago
Viewers were incredibly touched by Channel 4's Jade Goody documentary
1 year ago
David Tennant to star in new crime drama series, Deadwater Fell
1 year ago
This new TV show will see couples basically just riding on the telly
Next Page