Spoilers for both Gossip Girl and YOU ahead.

The third season of YOU hit Netflix on Friday, and fans all over the world are tuning in to follow Joe Goldberg and Love Quinn on their next dodgy adventure.

The mysterious show keeps fans guessing throughout, and, naturally, fans begin to offer their own theories as the show goes on.

END_OF_DOCUMENT_TOKEN_TO_BE_REPLACED

One of the most bizarre theories to emerge out of the woodwork is that Joe Goldberg (Penn Badgley) is actually Gossip Girl's Dan Humphrey (also Penn Badgley).

And before you ask, yes I'm aware that it's the same actor. But this theory goes deeper than that.

Beyond the obvious physical resemblance, Joe and Dan share some similar traits.

Both are prone to stalking. After all, Dan ended up being the infamous. Gossip Girl, which would have required him to get to know his friends on a super-intimate basis with neither their consent or knowledge.

Joe, unquestionably, is also a stalker, and uses it as a means to get to know his potential partners - and victims - better. 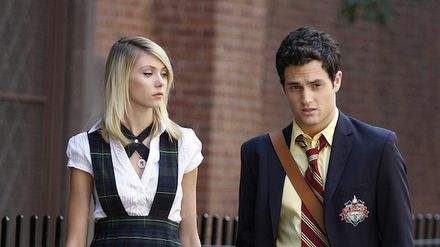 END_OF_DOCUMENT_TOKEN_TO_BE_REPLACED

Many fans took to Twitter to point out further similarities between the two characters.

One wrote: "I cannot help but notice the character similarities between #JoeGoldberg #YouS3 and #danhumphrey #GossipGirl ... Book lovers, from Brooklyn, stalkers, manipulative, hate rich kids, think of themselves as lonely and outsiders. Very much possible that Joe is grown up Dan!"

END_OF_DOCUMENT_TOKEN_TO_BE_REPLACED

Another wrote: "Joe Goldberg (#you) is from Brooklyn, New York. He stalks people. He is manipulative. The character is played by Penn Badgley. And.... So is Dan Humphrey. Coincidence? I guess not!"

But just how likely is it that Dan and Joe are the same person? The answer, it seems, is highly unlikely, and that's largely due to the fact that YOU and Gossip Girl are from completely different production companies and networks. And, as both are based on novels, connecting Dan and Joe would pose huge copyright challenges.

Having said that, both Gossip Girl and YOU have a penchant for shocking twists, so it's not entirely out of the question.

popular
Traditional names such as Mary, Maureen, John and Michael may soon be extinct
Kylie Jenner fans are convinced she just announced her son's name
The 2 Johnnies share unbelievable catfish ordeal as woman 'targets 40 people'
Toddler drowns in swimming pool while on holidays in Costa Blanca
Pink just announced she was pregnant in gorgeous image
Daughter of teacher killed in Texas school shooting pays tribute
Kardashian fans in hysterics after Kim's vegan advert
You may also like
1 week ago
Christine Quinn confirms she'll be on the next season of Selling Sunset
1 week ago
Virgin River season 4 is coming – and here's what we know so far
1 week ago
Bridgerton has announced a newbie coming to season three
2 weeks ago
Ads could be coming to Netflix before the end of this year
2 weeks ago
Selling Sunset's Christine Quinn says she quit Oppenheim group before the reunion show
3 weeks ago
Grace and Frankie's last-ever episodes are here – and why this show was so important
Next Page