It's hard to believe Friends came to an end more than 15 years ago.

But thanks to constant re-runs, Netflix, and catchy one-liners, the beloved sitcom is still going strong.

Even though we will always have a soft spot for the six cast members, it's been hard not to notice some of the small errors that cropped up on the show in recent months.

END_OF_DOCUMENT_TOKEN_TO_BE_REPLACED

Like the problem with Monica's wedding dress. Or the really creepy detail about Rachel's date with Joshua.

Or that whole thing about when Phoebe was on the phone for two days.

Now, fans have uncovered another error in the sitcom - and it may be the most awkward one yet.

In season nine's The One With Ross's Inappropriate Song, there's a scene where Joey and Chandler accidentally find a sex tape featuring Monica and her ex, Richard.

END_OF_DOCUMENT_TOKEN_TO_BE_REPLACED

Joey realises what's on the tape before Chandler does and, in an effort to keep him from seeing the screen, tackles him to the ground.

One eagle-eyed Reddit user pointed out that there was actually a crash mat in the frame - presumably so the actors didn't hurt themselves during the fall. 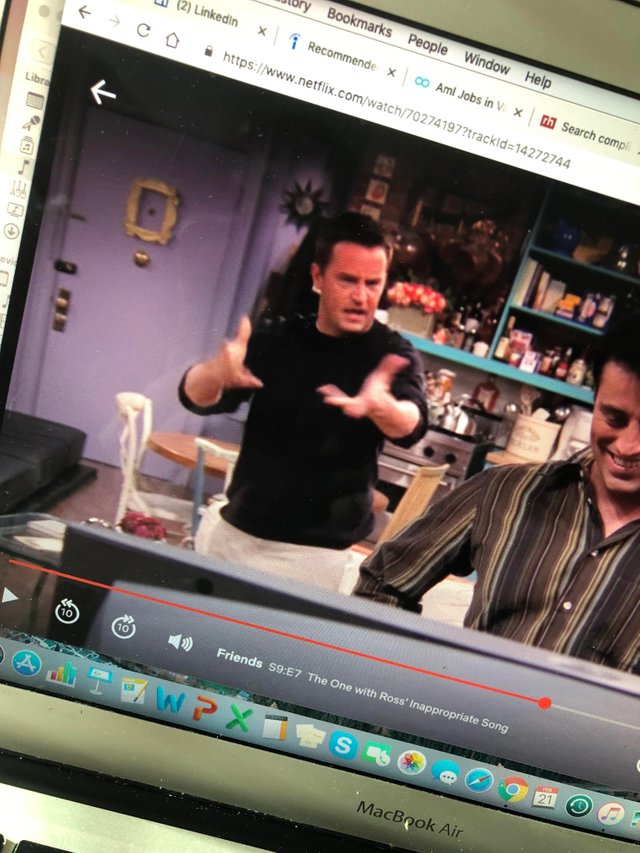 And it seems as if we weren't the only ones who were a bit stunned by the reveal.

"I’ve watched the entire series at least 20 times and still find little Easter eggs like this every time.

"This one is new for me, now I can look for it when I get to this season again!"

"Yay for forced widescreen versions when they really weren't intended. That's why I prefer the 4:3 dvd versions over HD, and of course the extra scenes."

popular
Kanye to give Kim Kardashian $200k in child support every month
Fundraiser set up for boy attacked by pit bull in Wexford
Balenciaga is suing production company following offensive ad campaign
The trailer for Channel 4's Vardy V Rooney: A Courtroom Drama has dropped
Olivia Wilde struggling after Harry Styles break-up
"I've got nothing to hide": Ekin-Su confronts Davide over afterparty video
Fair City star Jenny Dixon shares her twins' gender in sweet video
You may also like
3 weeks ago
WATCH: The trailer for Dead to Me is here
3 weeks ago
Netflix reveals full line-up of new shows and movies arriving in November
3 weeks ago
The trailer for Firefly Lane season two is here
1 month ago
Netflix to crack down on password sharing soon
1 month ago
The Strictly Come Dancing 'mole' drama explained
1 month ago
Wait, are we getting an all-stars edition of Come Dine With Me?
Next Page