Another day, another Game of Thrones fan theory.

There's just two episodes of Game of Thrones left to go until the series comes to an end, which means there's no shortage of fan theories floating around.

From Jon Snow may have actually played a big part in the Battle of Winterfell to the idea that a beloved character may soon find themselves in danger, fans have been dissecting just about every moment they can to find out the series' end.

However, there's a new fan theory doing the rounds which is gaining a lot of popularity (and could mean serious trouble for one character).

The latest one concerns Arya and her kill list - and it actually makes a lot of sense (and be warned: there are spoilers after this point).

No, really, there's spoilers past this point. 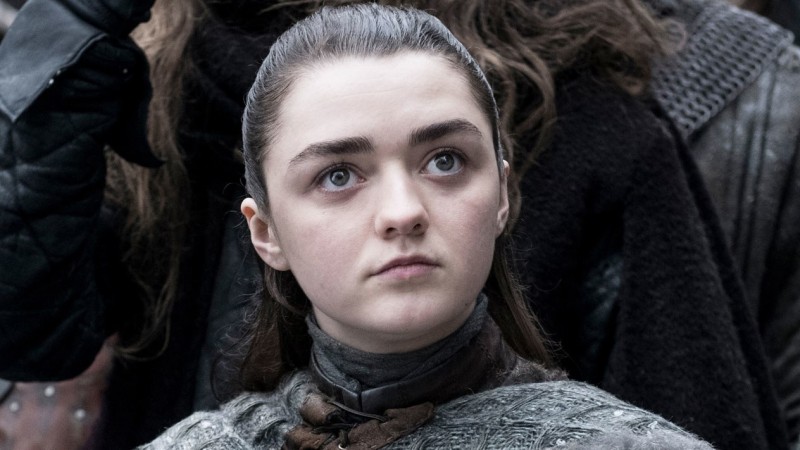 Back in season three, Arya Stark was prophesied to kill three major characters - two of which she's already murdered.

Walder Frey appears to have been the 'brown eyes', while the Night King was the 'blue eyes'.

END_OF_DOCUMENT_TOKEN_TO_BE_REPLACED

And while many Game of Thrones fans took that to mean Arya was going to be going after Cersei (she is on her kill list after all), fans reckon the latest episode has hinted the 'green eyes' may belong to someone else.

In The Last of the Starks, Daenerys suffered a number of massive - and heartbreaking - losses, with the writers appearing to set her up to become the Mad Queen.

And, as some fans pointed out on Twitter, there were a *lot* of close-up shots of her face - and which made her green eyes stand out even more.

Just now realizing dany has green eyes....what if these are the eyes Arya will shut, not Cersei pic.twitter.com/1hzQiLhuWG

That whole scene w the close zoom in on both Cersei and Dany’s faces to just show off they both have green eyes has me....... #GOT #GameofThrones pic.twitter.com/Doyx8Inb7v

Does anyone else feel like the close ups of Daenerys in this episode were designed to remind us that Dany has Green eyes? ‘Brown eyes, Green eyes, Blue eyes.’ Arya will stop the Kings Landing massacre, but which green eyed queen will she kill? #GamefThrones pic.twitter.com/BuSNfgc6D4

Me after I realized Dany has green eyes too pic.twitter.com/EhWYUJp9W9