The highly-anticipated second series of Bridgerton lands on Netflix on 25 March.

The show promises to be bigger and better than its first season and it looks just as binge-worthy as ever.

On Wednesday, Netflix reminded us all we didn't have too long to wait for more while releasing some stunning new posters.

Here's what we can look forward to.

Season 2 of Bridgerton premieres 25 March, only on Netflix. pic.twitter.com/jvSMKgyxas

END_OF_DOCUMENT_TOKEN_TO_BE_REPLACED

Much of season one focused on Daphne Bridgerton (Phoebe Dynevor) and her quest to find love, but now it's her brother Anthony Bridgerton's turn.

He's falling for new girl in town, Kate Sharma (Simon Ashely). However, his eye is quickly drawn to someone else too - Kate's sister Edwina Sharma.

“You can understand why he’s drawn to both,” Jonathan Bailey, who plays Anthony, told Entertainment Weekly. “And they’re both drawn to him in turn. It’s an interesting love triangle; it’s dangerous when it’s siblings.

END_OF_DOCUMENT_TOKEN_TO_BE_REPLACED

"It’s bestial between them in a way season one wasn’t. They’re all animals with each other… Enemies to lovers is extreme. They can hit each other’s buttons within a second, and it’s something that’s instinctive.

"Their sense of self they project to other people, they can’t do that [with one another]; they’re naked in front of each other.” 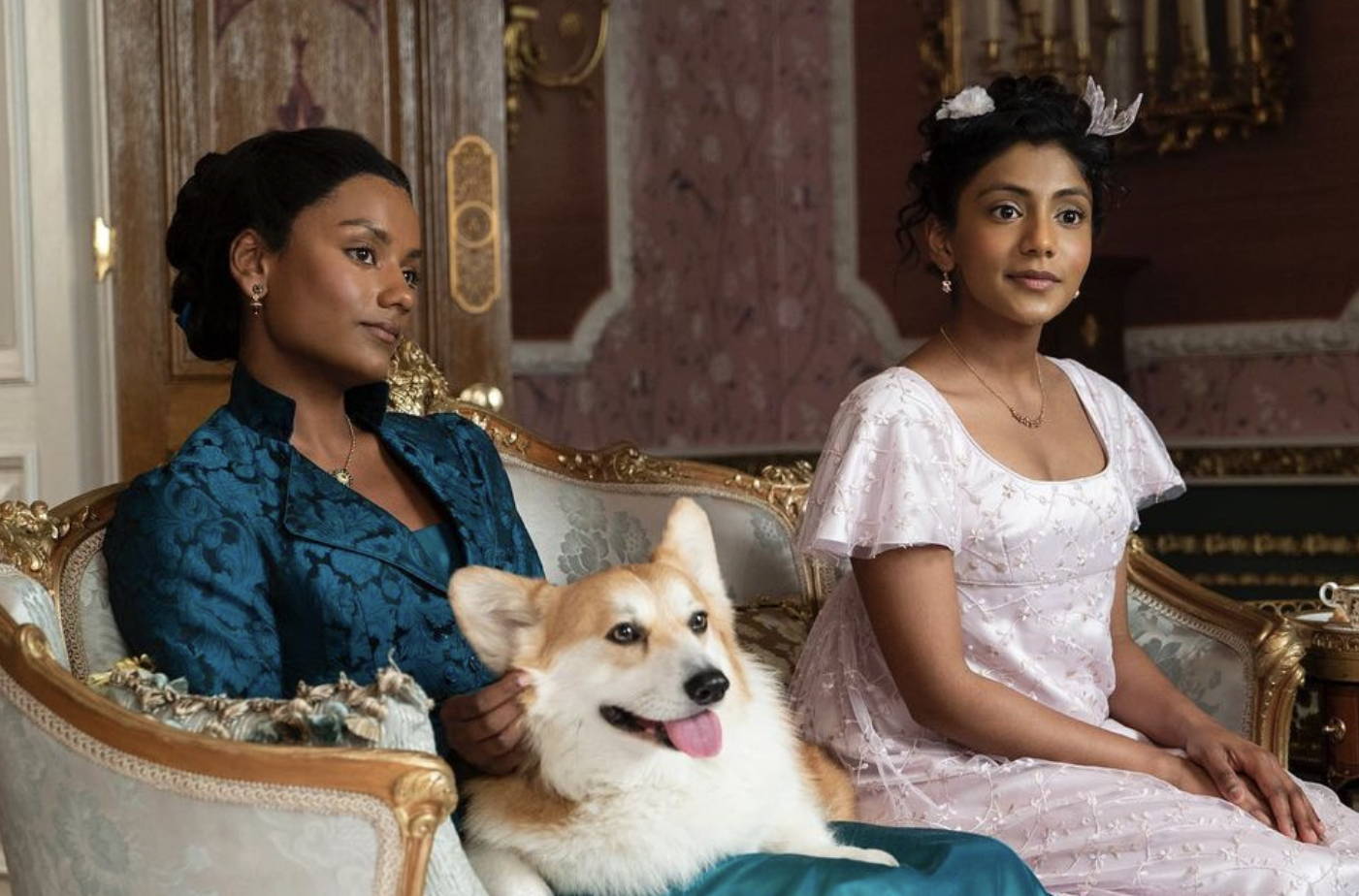 The underlying theme is "head versus heart"

There's going to be a lot of romance in season two and there's one lesson to be learned.

“The main theme of season two is head versus heart,” creator Van Dusen said. “It’s true for Anthony and Kate, and it’s also true for Penelope. Her heart is with Lady Whistledown, but even she has to wonder if being London’s most notorious gossip writer is the wisest thing.”

Jonathan Baily also added: "Edwina and Kate are the embodiment of [Anthony’s] approaches to love — one is head, one is heart. The push and pull illustrates how intense it is to fall in love in a society that is so rigid, where the gender roles are so specific, and how much those roles can be completely counterproductive to happiness, progression, and to love.”

Nicole Coughlan has said that season two will be delve deeper into Penelope Featherington's story.

"After that reveal at the end of series one, you very much get to see behind the curtain in series two," Nicola said.

"We see how she gets away with the things that she gets away with. And for me, it was so much fun because in series one she’s a shy, retiring wallflower, and then series two you go, ‘Oh, she’s got all this new stuff going on.'

"It was extremely fun to film."

The actress added that Penelope also gets more control over her fashion this time and starts to “find her own path”. 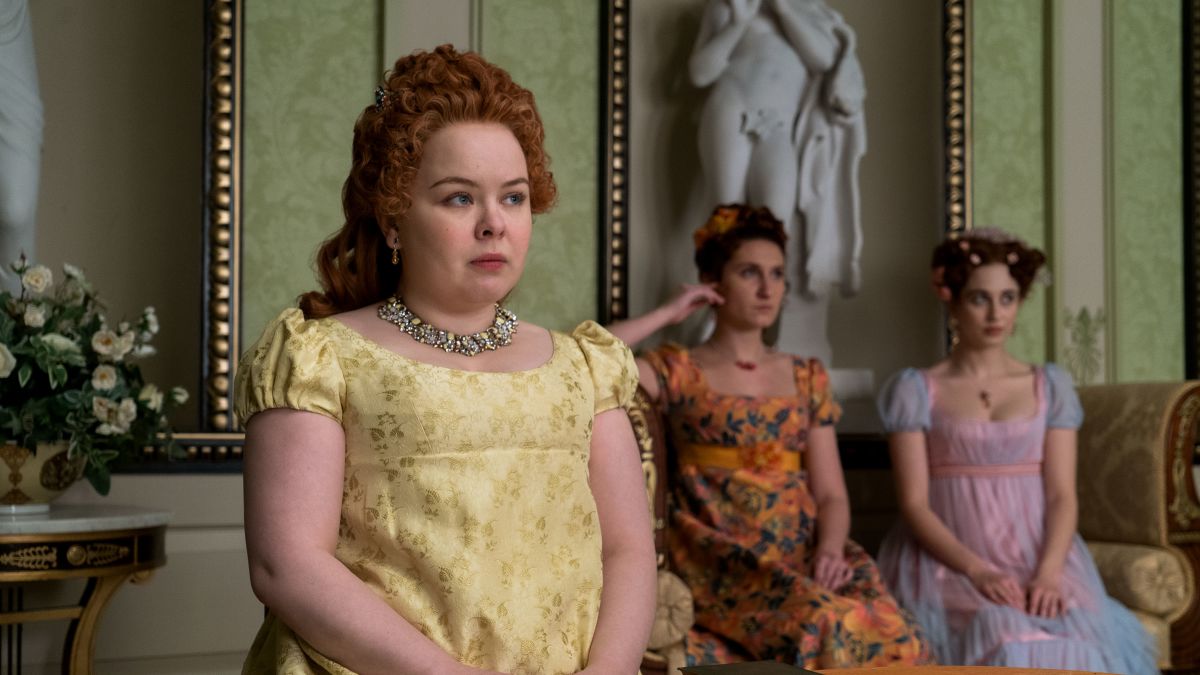 It will keep embracing the female gaze

Bridgerton season one gave us a lot of steamy sex scenes and it was praised for portraying these scenes through the female gaze (remember that Daphne and the Duke scene).

The show will continue to focus on female wants and desires in season two.

"The female gaze is so important because there are many ways people communicate by sex, and what sex means, and what your body means to someone else," Jonathan Bailey said.

"It’s important that there’s an inversion of sexuality and how people are exploited in the storytelling of sex.”

We are nowhere near the end

Netflix has renewed Bridgerton for season three and four, so you can watch the new series knowing there's so much more to come.

Bela Bajaria, Vice President of Global TV at Netflix, previously said: "Bridgerton swept us off our feet. The creative team, led by Shonda Rhimes, knew the material and delivered a beautiful, emotional, romantic drama for our members.

"They have some exciting plans for the future, and we think audiences will continue to swoon for this show. We’re planning to be in the Bridgerton business for a long time to come."

Then, in an interview with Variety, Shonda Rhimes revealed that she'd be up for making at least eight seasons of the show.

Watch the trailer for Bridgerton season two below.

popular
Bobi the farm dog is the oldest living pooch ever aged 30
Police believe they know what happened to missing dog walker Nicola Bulley
Siobhan O'Hagan reveals she's expecting her first child
Louise Thompson required surgery after haemorrhaging at home
Love Island's Anna-May admits she thinks one of the girls is playing a game
23 shows with four or more seasons to watch on Netflix
Here's why Nicola Peltz-Beckham's family are suing her wedding planners
You may also like
3 weeks ago
WATCH: The trailer for Pamela Anderson's Netflix documentary is here
1 month ago
All of the new Netflix movies and shows arriving in January
1 month ago
Netflix fans left on the verge of 'throwing up' and issue warning about 'upsetting' dog movie
1 month ago
Netflix teases UK version of Selling Sunset to begin next year
1 month ago
Check out the first look at Netflix's Pamela Anderson documentary
1 month ago
Royal family sources claim they were not contacted by Netflix about Harry & Meghan
Next Page