Irish actor Richard Flood, who Grey's Anatomy fans will recognise as Seattle Grace's Dr Cormac Hayes is set to return to our screens, this time, on an Irish drama.

Flood, who hails from Dublin, will be joining the cast of The Gone, a mystery drama. 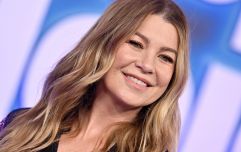 END_OF_DOCUMENT_TOKEN_TO_BE_REPLACED

The Gone is a joint collaboration between RTÉ and TVNZ, a New Zealand network, and, according to Deadline, its aim is to bring together Irish and Māori culture. As a result, filming will take place both in Dublin and in Auckland and Te Aroha.

The New Zealand leg of filming gets underway this week, while the cast and crew will head to Dublin later this year and shoot here.

In the series, Flood portrays Theo Ritcher, an Irish detective who has been tasked with tracing an Irish couple who have gone missing from a New Zealand town. He is joined by actress Acushla-Tara Kupe, who plays the Kiwi cop assigned to the case. As the two detectives continue their investigation into the missing couple, they start to realise that the disappearances may be linked to other unsolved cases. 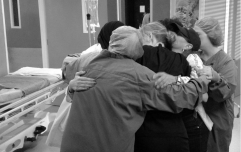 END_OF_DOCUMENT_TOKEN_TO_BE_REPLACED

The show's creators have spoken about the process of exploring both Irish and Māori culture in the same series.

Executive producer Yvonne Donohoe said: "The process of bringing The Gone to screen has been a true international cultural collaboration & a journey of learning, challenging, sharing stories and ideas; merging brilliant writing, directing, acting and creative talent from Ireland and New Zealand, two countries full of beauty, complexity and with many similarities."