Leave Che Diaz alone - they light up the screen

Che Diaz does not deserve the hate levelled at them.

Ever since And Just Like That hit our screens before Christmas, one character has received a significant amount of criticism when compared to their on-screen counterparts.

END_OF_DOCUMENT_TOKEN_TO_BE_REPLACED

When the first episode dropped many fans took to Twitter to share their particular dislike for Che. Some felt the character was unfunny and cringey, while others thought that the mere inclusion of a non-binary character was evidence that we had surrendered to the "woke mob".

But I'm here to tell you that they're all wrong. Che Diaz does not deserve the hate levelled at them. In fact, they are a crucial element in the And Just Like That universe, bringing energy, charm and charisma to the reboot.

The number one critique levelled at Che is that, despite being a comedian, their jokes aren't funny. In episode three, for instance, Che's standup set got a distinctly lukewarm response from viewers at home. 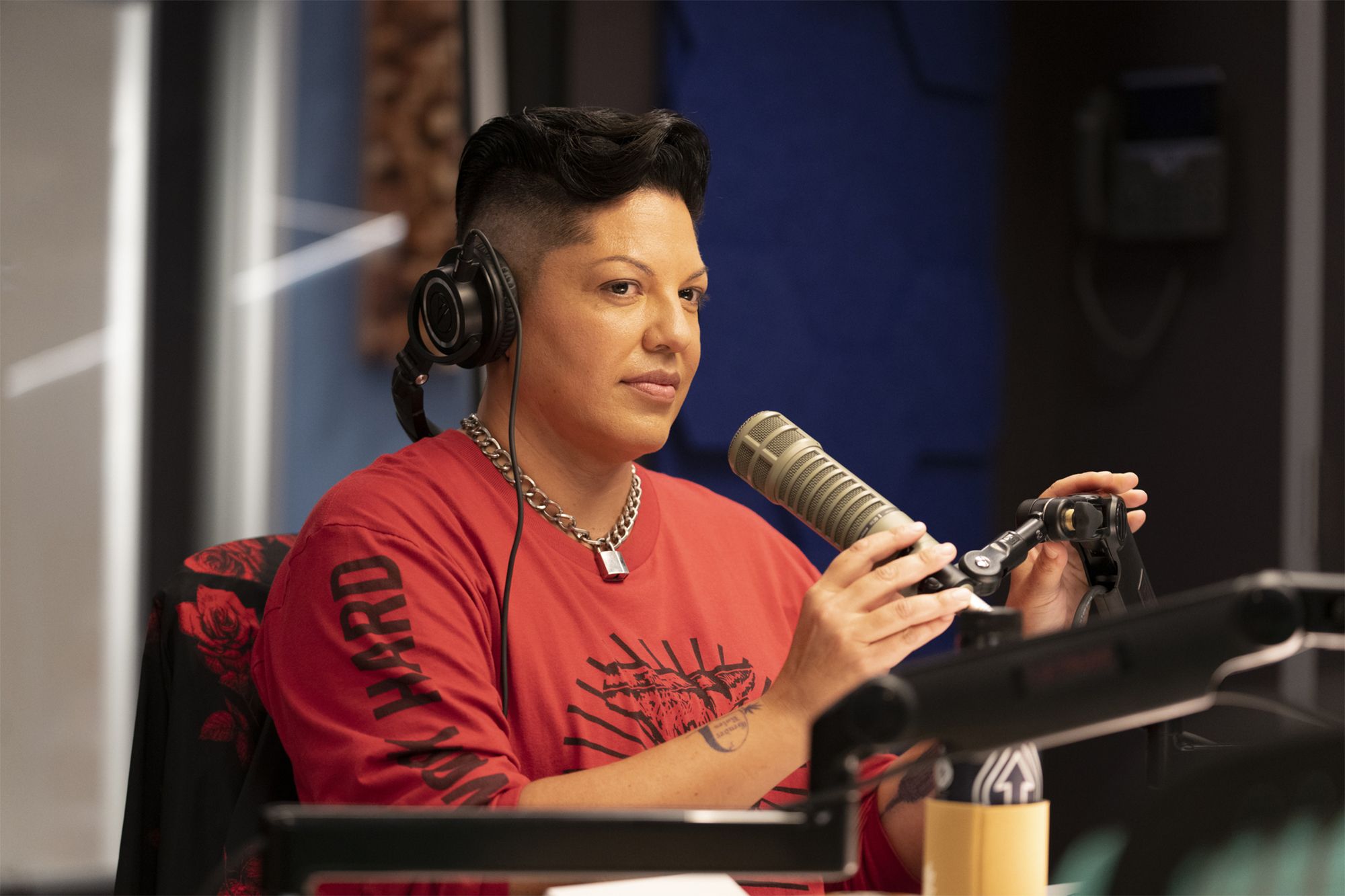 END_OF_DOCUMENT_TOKEN_TO_BE_REPLACED

Now, was their set actually funny? Well written? Loaded with fascinating observations? No. But did it bring a smile to my face all the same? You betcha. In fact, the performance, while unfunny, was still hugely engaging. After all, it quickly became a talking point on Twitter. In my case, I clung to every word of it, and that's down to Ramírez' presence and warmth. Despite the lack of jokes in their set, Che is undeniably charismatic.

Moreover, during the awkward school fundraiser in episode seven, the audience can breathe a sigh of relief when Che takes over hosting duties from Herbert and Lisa. Their presence lets us relax, as if to say, "Che's here and they're gonna handle things."

In fact, Che brings me sheer delight every time they're on the screen. My one critique is that they're not featured enough. Every episode should feature a podcast recording, or a 10-minute long set. It's what we deserve.

On top of that, we do get some genuinely funny moments with Che. In episode seven, they inadvertently ghosted Miranda after smoking loads of weed. Iconic behaviour, if you ask me.

END_OF_DOCUMENT_TOKEN_TO_BE_REPLACED

As well as charisma, Che brings some much needed assertive energy to the show. They're self-assured and it's deeply refreshing. Who else would have the guts to tell Carrie Bradshaw to "step her pussy up" after she refused to answer Che's question about whether she's jerked off in public? Honestly, Carrie had it coming. Keep shaking things up, Che. 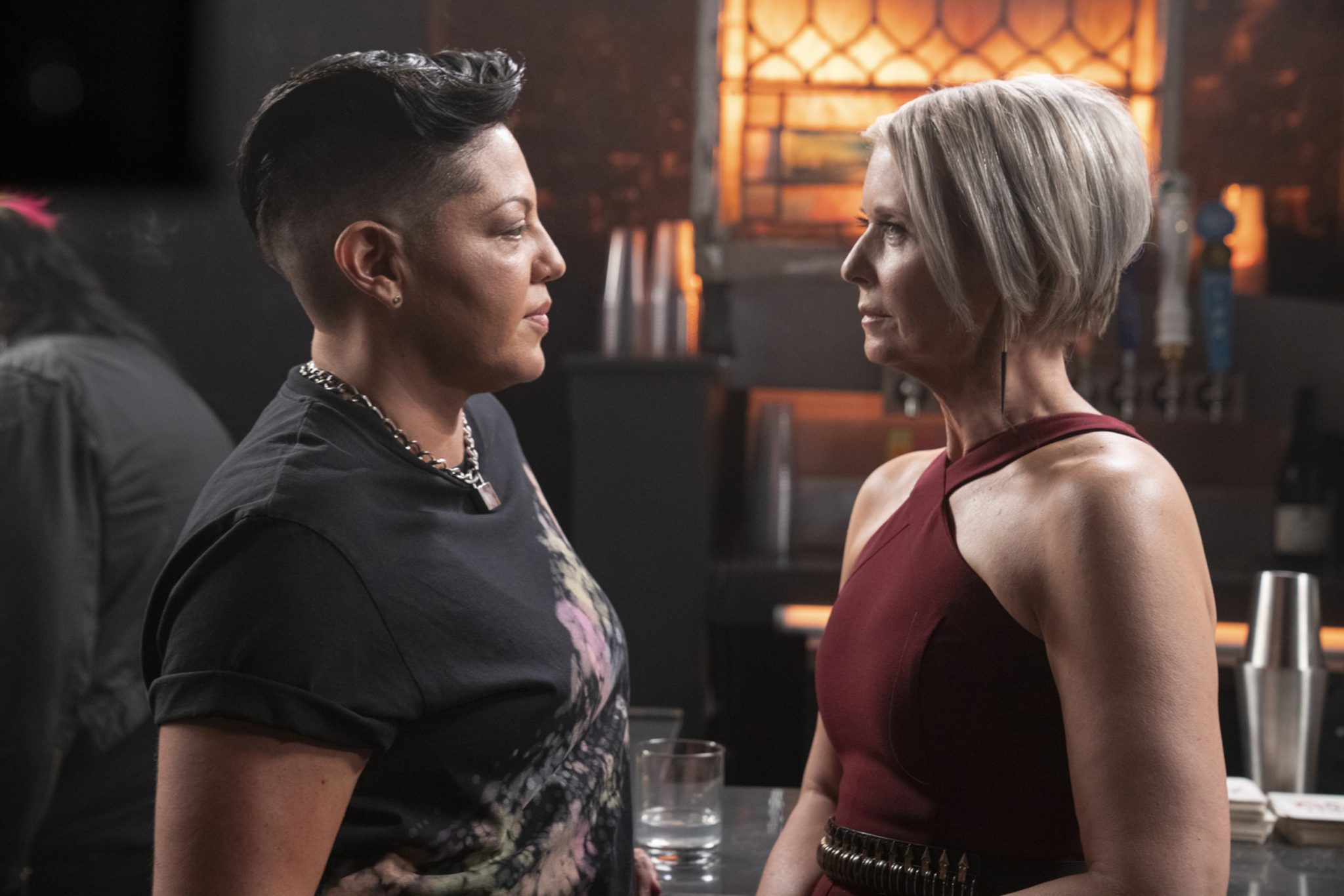 Some critics have taken their frustrations with Miranda's antics out on Che, and on first glance, this is somewhat understandable. Miranda is, after all, cheating on her husband Steve. However, as episode eight makes clear, Che never actually did anything wrong. They assumed in good faith that Miranda and Steve were in an open marriage, and they stepped back when they realised what was actually going on. So that's all on Miranda.

Additionally, Che's role is central to the tension of And Just Like That. Even if we don't necessarily root for Miranda and Che to get together, the will they/won't they is, undeniably, the most gripping plot line of the entire series, and we're dying to know how it will end.

The majority of criticism levelled at Che is that the character is just a bit cringey. But we're talking about Sex and the City here, surely a bit of cringe is part of the whole package? Cringe has the power to unite viewers, to make them smile. On top of that, it all stems from a deeply wholesome, heartwarming place. All they care about is spreading their message of self-acceptance, and, truly, what more could we ask of a minor character in a sitcom reboot?

Keep doing you Che, and if you're reading this Michael Patrick King, I would be all about some sort of Che Diaz spinoff.