Stay tuned after the show for Liam's first interview since shock departure.

It looks like we're in for another explosive episode of Love Island tonight with the arrival of bombshell Jacques O'Neill.

A shock recoupling on Friday left Paige and Afia single, so both islanders are first up to go on a date with the newbie, as the other girls look on from the terrace.

END_OF_DOCUMENT_TOKEN_TO_BE_REPLACED

It's not long before Gemma gasps: “Oh my god, no, that's my ex boyfriend."

On her date with Jacques, Afia is keen to know more, and asks: “Did it end amicably?”

Jacques replies: “I wouldn’t say so, maybe not, I am not sure but we will have to find out won’t we?" 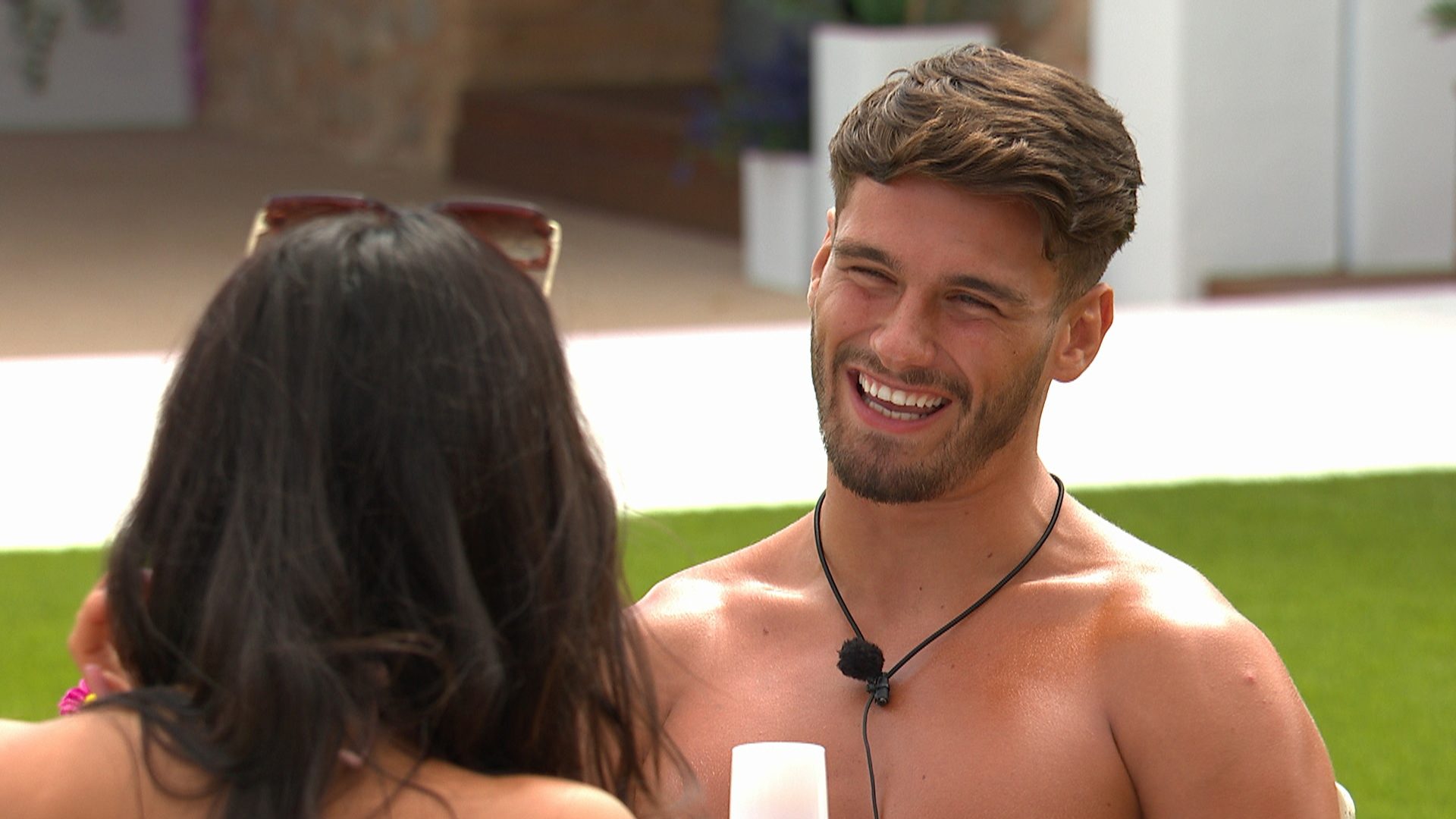 END_OF_DOCUMENT_TOKEN_TO_BE_REPLACED

Friday's recoupling also saw Luca break up Gemma and Davide by choosing her to couple up with, while Davide opted for newcomer Ekin-Su - and it hasn't taken long for things to heat up between the latter pair.

Ekin-Su is quick to make her move on the Italian, with a passionate first kiss.

Her attention may be all on Davide, but she also finds time to give Indiyah a quick pep-talk, encouraging her to kiss Ikenna.

END_OF_DOCUMENT_TOKEN_TO_BE_REPLACED

“You either pull back or you go in, and when I mean in, you go in and you take the risk you put all the games to a side and you kiss him and you see if he’s passionate back, then you will know," she tells her.

Speaking in the Beach Hut, Indiyah decides it's time to go for it: “I need to put my big girl boots on.” 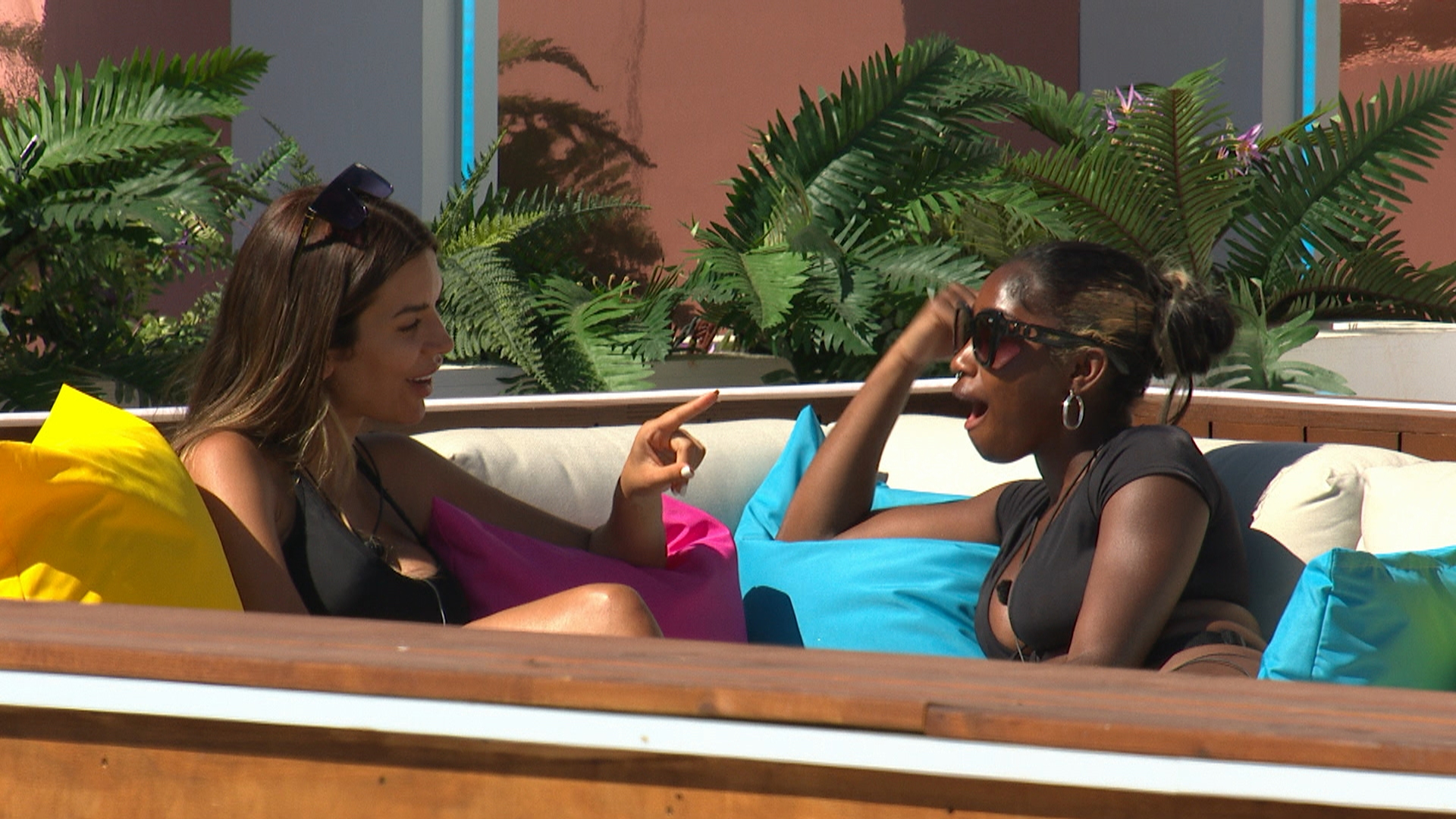 A shocking revelation comes in the form of Davide and Ekin-Su both admitting they like sucking toes (if only Jake Cornish was still there).

Later, Jacques pulls Gemma for a private chat to clear the air, after she admits to the girls that she still does "fancy him, like 100%".

Does this mean the end of Gemma and Luca?

It's also been confirmed that Liam, who made a shock exit from the show last week, will appear on Aftersun for his first interview since his departure.

popular
Shawn Mendes (24) is reportedly dating Dr Jocelyne Miranda (50)
Lauren Graham shares who she thinks Rory's baby daddy is
Paula MacSweeney praises healthcare workers after baby boy is hospitalised with RSV
Brighten up your Christmas with these affordable festive lights, coming to Lidl next week
Phoebe Bridgers says Christmas in Maynooth is like a "rom-com"
3 simple tips to get your nails in shape ahead of Christmas
Why Are Men so Obsessed With Boobs? The Answer is Pretty Surprising...
You may also like
20 hours ago
Love Island: Davide "not surprised" by Gemma and Luca's split
2 days ago
Love Island's Chloe and Millie have moved in together after splitting from Toby and Liam
4 days ago
Love Island stars rush to support Luca Bish after his split from Gemma Owen
1 week ago
Luca Bish addresses Gemma Owen breakup
2 weeks ago
Dami Hope and Indiyah Polack set to move in together
2 weeks ago
Adam Collard addresses *that* viral video again
Next Page