They eat after all.

After seven weeks on our screens and seven series before it, the one burning question on everybody's lips is when do they eat on Love Island.

It's a very rare occasion that we see the islanders eating, other than a breakfast being made to make amends, a tiramisu to go exclusive with or the odd ice pop here and there, we don't really see them snacking.

END_OF_DOCUMENT_TOKEN_TO_BE_REPLACED

Previous contestants on the show have come out and said over the years that the reason we never see them eating is that they go for a huge catered lunch and dinner, and aren't allowed to discuss what is going on in the villa during meal times.

Ex-islander Zara McDermott told Cosmopolitan that during dinner was then their mic batteries get changed, so that would explain why we don't see anything.

She also added that they didn't have to cook their own food, there was a catering team hired for that and the food tasted "amazing".

And Connagh from the winter series told Closer: "I suppose the only thing I thought was a bit weird was that at dinner time the boys and girls were separated." 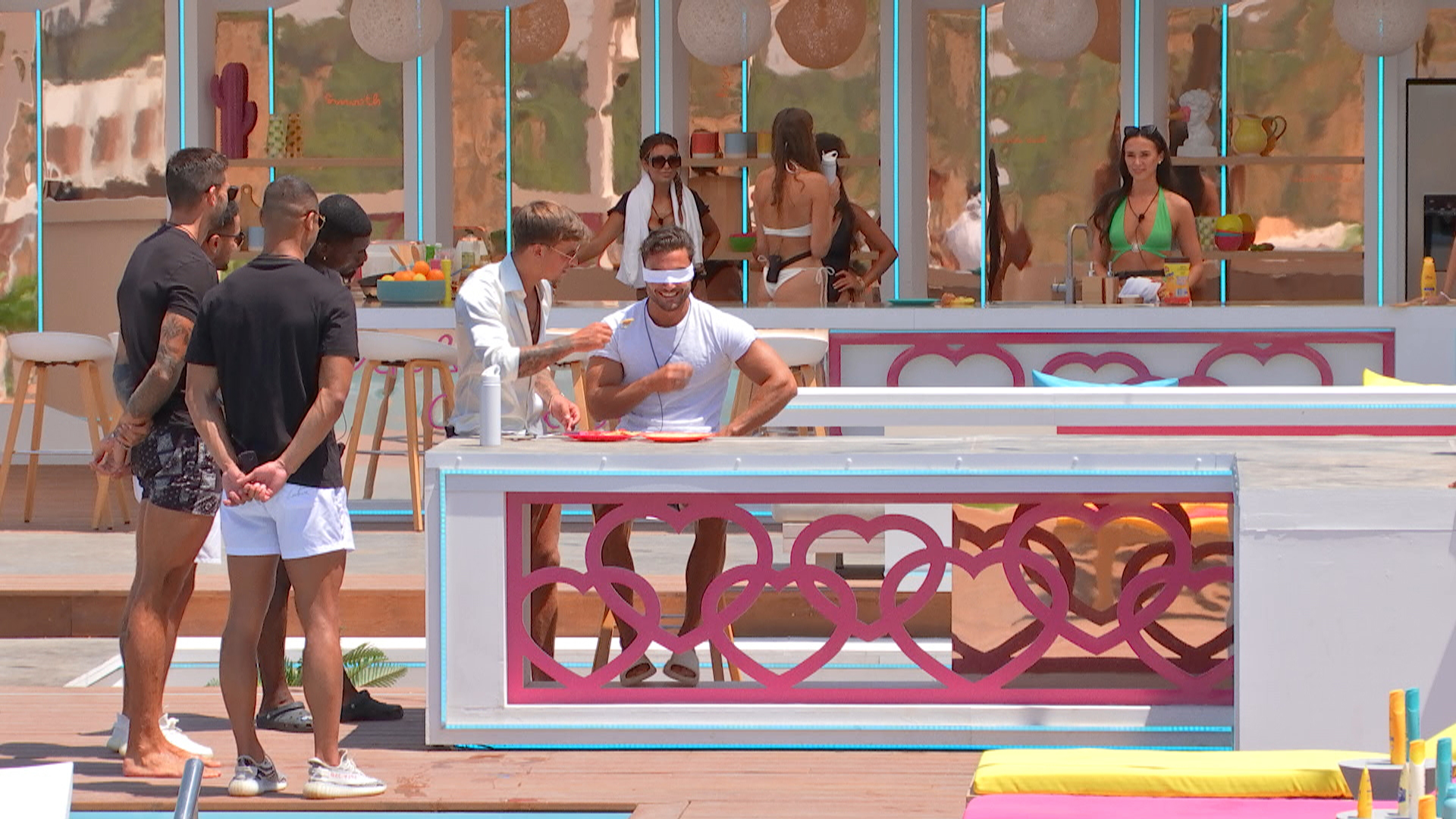 END_OF_DOCUMENT_TOKEN_TO_BE_REPLACED

Explaining the meal times, it makes sense as to why we don't see any of it, but recently fans began asking why we never even see the islanders snacking.

After he was dumped recently from the villa, Jay Younger has been spilling all and revealed to Digital Spy that there is an endless supply of snacks available.

He said: "I'm not sure if the viewers know that there is a big cupboard of food behind the kitchen. So, if you're really hungry at night, all you need to do is knock on that door, ask for what you want and it's given to you."

END_OF_DOCUMENT_TOKEN_TO_BE_REPLACED

Admitting it was like a tuck shop, he continued: "Literally, whatever food you want it's on tap there.

"For me, it was chocolate rice cakes. I absolutely love them in the evenings, or bowls of cereal. There's a big cupboard of food in there so if you want it, it's right there."

And according to Coco, the islanders weren't shy of the snack cupboard as they loved some good "3am toasties every night."

So there you have it, they're just like the rest of us on a holiday sitting with our giant bag of Lays and Fanta Lemon, we just don't see it.

popular
"You can’t imagine what it feels to have had a baby and yet feel like you didn’t"
Kate Garraway gives heartbreaking update about Derek's health
Bad Sisters stars snap back at New York Times article that called them British actors
The Lion King is returning to Dublin next year
Nicola Coughlan lands "lifelong dream" role as she gets cast in Oliver Twist
Oscar winning Green Book actor found dead on New York street
Mother of missing X Factor star speaks out a month after his disappearance
You may also like
3 days ago
"I've got nothing to hide": Ekin-Su confronts Davide over afterparty video
1 week ago
Love Island: Davide "not surprised" by Gemma and Luca's split
1 week ago
Love Island's Chloe and Millie have moved in together after splitting from Toby and Liam
1 week ago
Love Island stars rush to support Luca Bish after his split from Gemma Owen
2 weeks ago
Luca Bish addresses Gemma Owen breakup
3 weeks ago
Dami Hope and Indiyah Polack set to move in together
Next Page