There's plenty more to learn about the Cecil Hotel.

If you were completely riveted by the latest crime thriller from Netflix, The Vanishing at the Cecil Hotel, then we've got you covered. There's another documentary that explores the murky mysteries surrounding the Cecil Hotel released back in 2017 and it looks beyond the death of Elisa Lam.

Horror at the Cecil Hotel is a three-part series which takes a look at three different murder cases, all of which took place at the Downtown LA hotel. The hotel has been the backdrop to many crimes and is renowned for mysterious deaths and a number of suicides, while the recent Netflix doc focused on the disappearance of Elisa Lam, this series delves more deeply into other crimes and unsolved mysteries connected with the hotel. 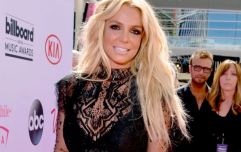 END_OF_DOCUMENT_TOKEN_TO_BE_REPLACED

The first episode, Room 1402, focuses solely on Richard Ramirez, the notorious serial killer known as Nightstalker, who stayed at the Cecil during his infamous crime sprees. The second episode of the series, The Girl In The Water Tank, focuses on the 21-year-old Canadian student Elisa Lam, who was also the subject of the recent Netflix doc. The third episode, Intertwined, delves into one of the lesser known deaths at the Cecil Hotel, which involved an older man and a younger woman who were found dead on the sidewalk next to the hotel, in 1962.

The mini-series can be watched now on Amazon Prime.

popular
Simon Harris and wife welcome arrival of new baby boy
Miracle baby on the way for bride whose partner died on wedding day
WATCH: Dublin Zoo's Wild Lights makes its highly anticipated return
COVID-19 hospital cases fall as 90% of Irish adults are now fully vaccinated
Tributes pour in for 28-year-old primary school teacher killed in London
Johnny Depp confirms he will be back as Grindelwald in Fantastic Beasts 3
Paul Mescal is officially nominated as one of the sexiest men alive
You may also like
15 hours ago
Netflix to adapt Matilda and Charlie and the Chocolate Factory in huge Roald Dahl deal
18 hours ago
My Unorthodox Life on Netflix is getting a second season
2 days ago
Virgin River has been renewed for a season 4 and 5
5 days ago
WATCH: YOU season 3 trailer has just dropped and it looks like the wildest series yet
1 week ago
Luther to return for brand new film on Netflix
1 week ago
Virgin River: A fan has basically revealed who the father of Mel's baby is
Next Page