Neighbours is set for a sensational return to our screens just four months after its final episode.

The legendary Aussie soap came to an end earlier this year, when the final episode aired on Channel 5 in July. 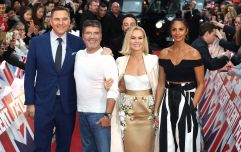 END_OF_DOCUMENT_TOKEN_TO_BE_REPLACED

This brought an end to the show's 37-year run.

But it has now been announced that the show will be returning to TV screens and that a brand new series will begin filming in Australia next year.

In a shock reveal on Thursday morning, Amazon Freevee and Fremantle announced new episodes were in the works.

A post on the show's Twitter account read: "Neighbours will return for a brand-new series next year exclusively on @AmazonFreevee, alongside thousands of episodes from previous seasons to stream as you please."

Neighbours will return for a brand-new series next year exclusively on @AmazonFreevee, alongside thousands of episodes from previous seasons to stream as you please. 🎉 pic.twitter.com/1Qq2fIPgog 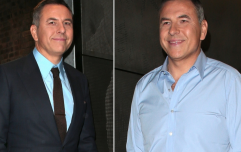 END_OF_DOCUMENT_TOKEN_TO_BE_REPLACED

The revitalized series will premiere exclusively for free on Amazon Freevee in the UK and U.S. and will include streaming rights to thousands of episodes from the previous seasons, available prior to the new series’ premiere.

END_OF_DOCUMENT_TOKEN_TO_BE_REPLACED

The series will also stream on Prime Video in Australia, New Zealand, and Canada.

Production is set to commence in early 2023 with a world premiere slated for the second half of the year.

Lauren Anderson, head of AVOD original content and programming, Amazon Studios, said: “Neighbours has captivated its audience for nearly 40 years, building a dedicated and loyal following for the lives and stories of the characters on Ramsay Street.

“With the power of streaming, we’re able to offer a catalogue of thousands of Neighbours episodes for new audiences to discover this legendary series and current fans to relive their favorite moments.

"We look forward to immersing the audience in new Ramsay Street experiences when we relaunch the show next year for Amazon Freevee and Prime Video customers.”

popular
He may be a politician, but Leo Varadkar's personal life is none of our business
Fans are feeling seriously sorry for Molly Mae Hague after resurfaced interview
Kelsey Parker: "People think I should be walking around wearing my black veil"
"I slept with your fella": Vogue speaks out about ex's cheating
Parents told to stop buying selection boxes for kids- here's why
Woman hit by rollercoaster wakes from coma after two months
Dundalk restaurant offer free Christmas dinner to those in need for third year running
You may also like
6 days ago
Olly Murs slammed over 'misogynistic' lyrics in 'shocking' new single
2 weeks ago
Millie Bobby Brown admits she used to think the Earth was flat
3 weeks ago
Nick Cannon estimates how much he pays in child support
3 weeks ago
The Crown stars hit the red carpet for season 5 premiere
3 weeks ago
Vernon Kay 'solves' real reason behind Olivia Attwood's I'm A Celeb exit
4 weeks ago
Reported figure each celeb has been paid to appear on this year's I'm A Celeb
Next Page