Fred and Rose West: Reopened will air later this year on ITV.

This article contains content that some readers may find upsetting.

ITV have announced that a new documentary surrounding the Fred and Rosemary West case is in the works. 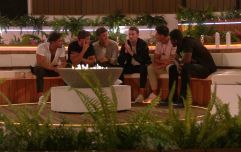 END_OF_DOCUMENT_TOKEN_TO_BE_REPLACED

The convicted serial killers tortured and murdered at least 12 people in Gloucestershire between 1967 and 1987.

The bodies of their victims were buried underneath their house in Gloucester.

Rosemary received a life imprisonment sentence, and has been in jail for the past 27 years. 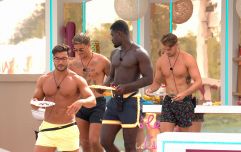 END_OF_DOCUMENT_TOKEN_TO_BE_REPLACED

The ITV documentary will be called Fred and Rose West: Reopened, and will focus on the theory that there were more than 12 victims.

In the documentary, these investigators will follow up on new leads in an attempt to determine the true number of people who were killed by the Wests.

Fred and Rose West: Reopened will also shed some light on some previously unseen documents, including records of their discussions with lawyers. 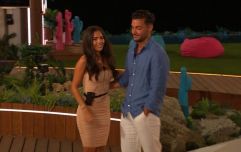 END_OF_DOCUMENT_TOKEN_TO_BE_REPLACED

On top of that, the ITV documentary will visit a number of locations where many theorists believe the Wests buried remains. These include fields outside of Gloucester, a city centre cafe frequented by Fred West, and a location he referred to as "the Farm".

Additionally, Fred and Rose West: Reopened will include interviews with a number of women who claim to have had predatory encounters with Fred West.

The documentary will also hear from the family of Mary Bastholm. Mary went missing in 1968 when she was just 15, and has never been found. The teenager worked at a cafe where Fred was said to have been a regular.

Fred and Rose West: Reopened will air on ITV later this year.

popular
Smyths issues warning to parents ahead of Christmas
An All-Stars I'm A Celeb is officially happening
Rylan Clark was hospitalised with two heart failures after marriage breakdown
So, William and Harry have a step sister... and who knew?
Riverdale actor Ryan Grantham charged with murder of his mother
Why Are Men so Obsessed With Boobs? The Answer is Pretty Surprising...
RuPaul's Drag Race star Cherry Valentine passes away aged 28
You may also like
2 weeks ago
Love Island bosses hit back at Luca Bish's Casa Amor claims
1 month ago
Laura Whitmore shares details of new TV project
1 month ago
Kate Garraway reveals husband Derek is in hospital with ‘life-threatening’ condition
3 months ago
Michael Owen says daughter going on Love Island is his "worst nightmare"
3 months ago
Is a Love Island All Star season in the works?
4 months ago
New Love Island trailer pokes fun at every other dating show
Next Page