It's time to relive the noughties.

Lads, this is truly what dreams are made of. Try and remain calm, but Hilary Duff has appeared to confirm that a Lizzie McGuire reboot is on the horizon.

A few weeks ago, we reported that there were talks of a revival and the main actress herself has just dropped further details.

It's been 14 years since the last episode aired but a revival is in "very new stages", Hilary told Fox News.

"I'm excited at the prospect of it.

[Lizzie McGuire] was important to so many people, including me, if she can be important again to girls in this stage of their lives, I think that would be amazing."

For any poor soul unacquainted with the show, it followed the life of a 13-year-old girl, played by Hilary, and featured witty quips from her animated alter ego. Lizzie McGuire ran between 2001 and 2004 before a spin-off film was released. 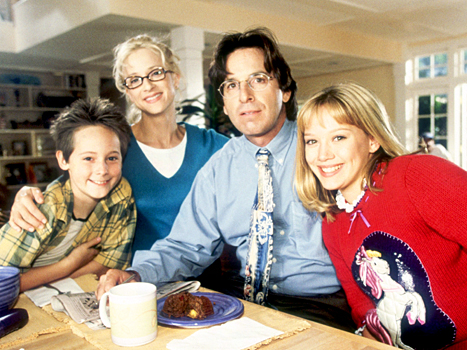 We'd love to see Lizzie back on our screens with her pals Miranda and Gordo. As Hilary has just given birth to her daughter Banks IRL, we wonder whether babies might be a possibility for Lizzie in the reboot.

Hmm... the possibilities are endless!