You're still cordially invited to the grandest escape of the year... just a bit later.

The release of the highly-anticipated sequel to the first Downton Abbey film has been delayed for the second time.

Downton Abbey: A New Era was due to arrive in cinemas on March 18 but has now been pushed back over a month and will premiere on 29 April. 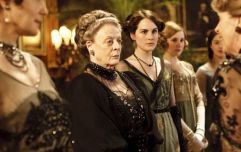 Review: The new Downton film is comfort viewing at its finest

END_OF_DOCUMENT_TOKEN_TO_BE_REPLACED

The film was originally set to be released at Christmas before being moved to March of this year.

No official reasoning for the delay has been given but, according to Deadline, the movie has the potential to bring older audiences back to cinemas so Focus Features, Universal International and Carnival Films have decided to release the title at the best possible point in the hopes that Covid eases.

You are cordially invited to the grandest escape of the year. Watch the teaser trailer for #DowntonAbbey: A New Era, and see it only in theaters March 18. pic.twitter.com/6okDMxXB3k 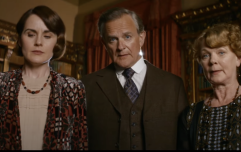 END_OF_DOCUMENT_TOKEN_TO_BE_REPLACED

A New Era features Hugh Bonneville, Elizabeth McGovern, Dame Maggie Smith and others from the original cast as the Crawleys visit the South of France to uncover the mystery of the Dowager Countess’ newly inherited villa.

While the delay is disappointing for many fans, it seems the long wait will be worth it as Downton Abbey creator Julian Fellowes has promised the film is just as brilliant as the award-winning TV series.

"I'm pleased with it actually, I think it works pretty well," he said on ITV's Love Your Weekend. "It's a feel-good movie, and I don't know about you, but I could use a bit of feel-good right now. 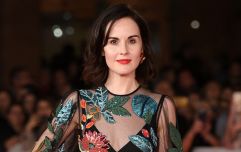 END_OF_DOCUMENT_TOKEN_TO_BE_REPLACED

"There's a kind of fun in getting the club together again because it's been a long time, particularly for the young ones – their careers have changed entirely over this period."

In the meantime, fans can get their period drama fix by tuning in to Fellowes' new show, The Gilded Age, which is now available to stream on NOW.

popular
Traditional names such as Mary, Maureen, John and Michael may soon be extinct
Texas student says she "played dead" during school shooting to survive
First case of monkeypox confirmed in Republic of Ireland
Young mum packs her bags and travels the world with 3-year-old son
Viewers praise Dermot Kennedy for "powerful" performance after Late Late Show finale
Doctors urge women not to follow Kourtney Kardashian's 'semen' fertility advice
This girl absolutely SCHOOLED this guy for sending an unsolicited dick pic
You may also like
1 month ago
Downton Abbey's Allen Leech is expecting his second child with Jessica Blair Herman
6 months ago
WATCH: The new Downton Abbey: A New Era trailer is here
8 months ago
'Iconic' Downton Abbey character will be killed off in new movie
9 months ago
We finally have Downton Abbey 2's new official release date
1 year ago
Downton Abbey 2 is officially coming to cinemas this Christmas
1 year ago
A second Downton Abbey film is on the way
Next Page