"How clever, thoughtful, and lovely."

Sex And The City fans have spotted a heartwarming tribute to the late Willie Garson in the series finale of And Just Like That.

END_OF_DOCUMENT_TOKEN_TO_BE_REPLACED

And Just Like That's costume team shared the image to Instagram, saying "@AlexaSwinton as Rock wearing a @Willie.Garson suit in memory of Stanny #missyou."

Replying to a fan's comment on the post, they revealed that the outfit had been waiting in Garson's closet for an upcoming scene, but he never got the chance to wear it.

END_OF_DOCUMENT_TOKEN_TO_BE_REPLACED

Fans rushed to the comments, praising the decision to have Rock wear the suit.

"Looks like Stanny. Just doesn’t seem real to me yet that Willie Garson is not with us," one person wrote.

"That's a wonderful nod to our Stan," another said.

"How clever, thoughtful, and lovely," a third added.

END_OF_DOCUMENT_TOKEN_TO_BE_REPLACED

Garson appeared in just three episodes of the reboot due to his sudden death during filming. He had suffered with pancreatic cancer. He was 57.

He was written out of the show with a shock move to Tokyo, Japan, leaving his friends and his partner Anthony behind.

Show creator Michael Patrick King previously told Vanity Fair that he had planned for Garson to be in all ten episodes and hadn't been aware of his illness during filming. 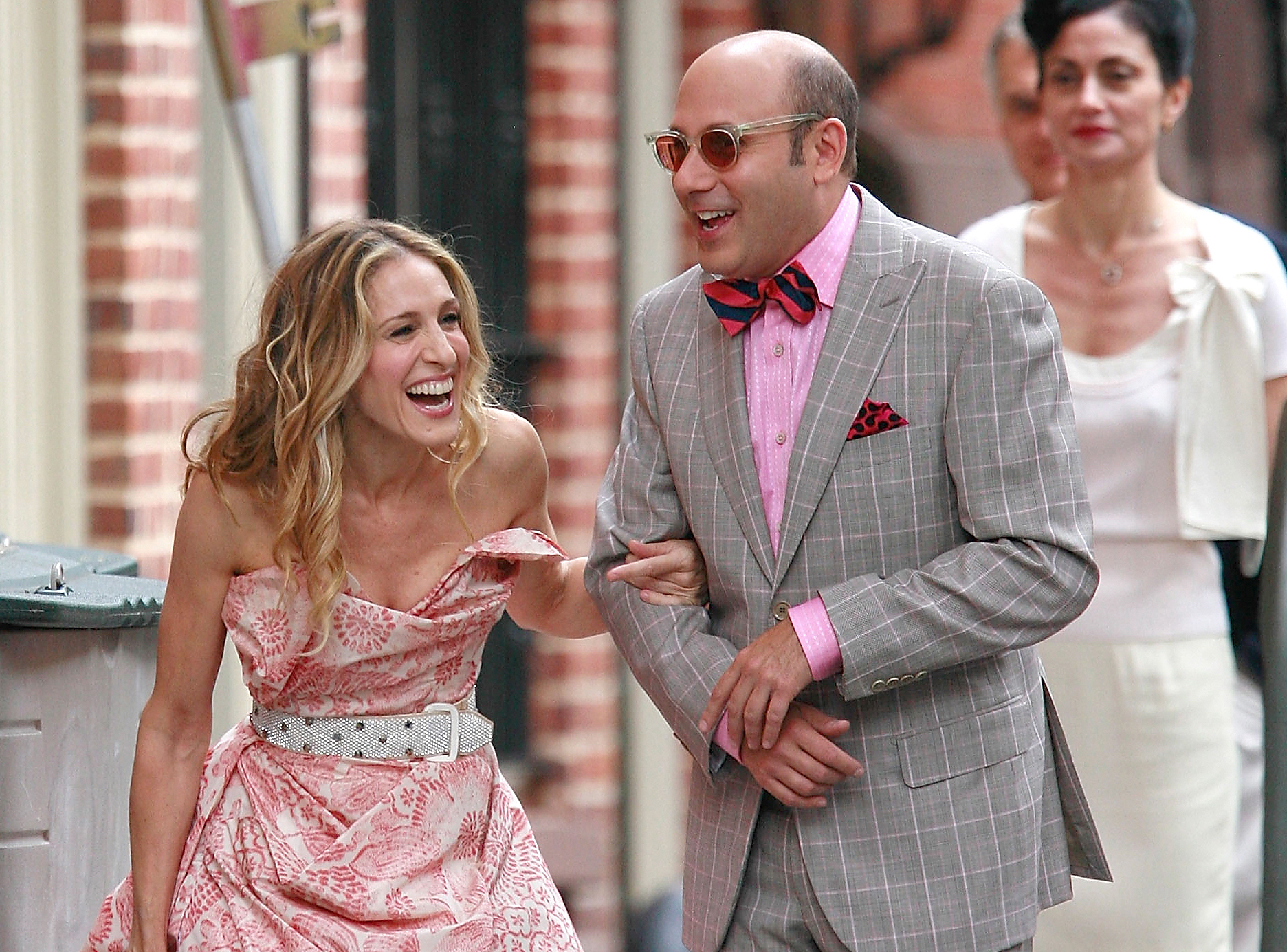 Once the actor tragically passed away, King said he knew he would have to abruptly end his story.

"It was just so sad. There was no way I could write myself out of that in any charming, cute way," he explained.

The original plan was for Stanford Blatch to share "really fun, flirty, hilarious confidante scenes with Carrie - that old, old, very specific chemistry that Carrie and Stanford have, which is based totally on the uniqueness of Willie and Sarah Jessica’s history."

He also revealed that Stanford was going to experience a "mid-life crisis" as he began to question his career path, wondering if it was "a real career".

"It was going to be Carrie and him, feeling the shifts. Anthony and him were probably going to have split anyway.

"Everybody would be relieved that they were divorced because it was not pleasant for anybody."