The talent show big man said he will "stand by" his friend.

Britain’s Got Talent judge Simon Cowell will stand by Ant McPartlin insisting he is going "to get himself back together."

The show's first pre-recorded episode airs tonight and, because the audition stages were filmed in January, it sees Ant and Dec present as a duo.

Scenes show a fragile Ant breaking down in tears after a magician's "emotional" audition revealed his baby daughter's cancer battle. 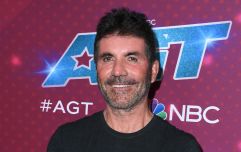 END_OF_DOCUMENT_TOKEN_TO_BE_REPLACED

McPartlin will, however, not present the live shows and Declan Donnelly will go it alone as he did for the final two instalments of Saturday Night Takeaway - after his partner was charged with drink-driving and admitted to rehab.

Speaking for the first time about Ant’s issues, Cowell said:

"This was a very difficult one for all sorts of reasons.

"As you will see in the show, we always stand by our friends. We are all human. Our show of friendship is what we did in the first show if that makes sense.

"Nobody was excluded, it wasn’t awkward, but it is a very difficult time for him."

"We have known each other a long time and you stand by the people you have worked with over the years. The most important thing is he has manned up. He is going to get himself back together.

"This is what happens, it is happening to people all over the world. People, for whatever reason, get into a rut and times like this you stand by your mates. It has always been that way.

Asked if he would invite Ant back to the show in 2019, Cowell said: "Of course. This is what happens."

McPartlin is due to appear at Wimbledon Magistrates’ court on Monday.

popular
Love Island's Adam Collard and Paige Thorne are "on a break"
Here are the baby name trends set to dominate 2023
Maisie Williams speaks about "traumatic" relationship with father
Irish twins featured by Gucci during Milan Fashion Week
5 delicious brunch spots around Ireland to try out on your next trip with the girls
Netflix's Dahmer series' inaccurate key detail changes everything
Doctors move young girl to Dublin hospital after Co. Clare incident
You may also like
7 months ago
Simon Cowell "lucky to be alive" as he's rushed to hospital after second bike crash
3 years ago
Simon Cowell to relaunch Celebrity X Factor in desperate bid to save ratings
3 years ago
Ant McPartlin returns to BGT tonight and Amanda Holden says there's one adorable moment
3 years ago
Simon Cowell has completely axed X Factor auditions for 2019
3 years ago
Fans can't BELIEVE how different Simon Cowell looks in this Instagram snap
3 years ago
Sharon Osbourne releases official statement after shock X Factor 'firing'
Next Page