It's all very confusing, to be quite honest.

Gossip Girl was an absolute staple in the late 2000s.

We obsessed over the drama, the 'fits, the twists, the turns. Between Blair's killer one-liners and Jenny's quirky fashion choices, Gossip Girl was on a whole other level when it came to teenage TV.

END_OF_DOCUMENT_TOKEN_TO_BE_REPLACED

Imagine, then, the surprise of legions of fans when a reboot of the programme was announced, a mere nine years after the show first ended.

Eager to see what the new Gossip Girl had to offer, I delved right in, and found the experience to be, in one word, confusing.

The first season is currently on a little break, and is expected to return next month. Until then, here are 5 thoughts I had while watching the reboot. 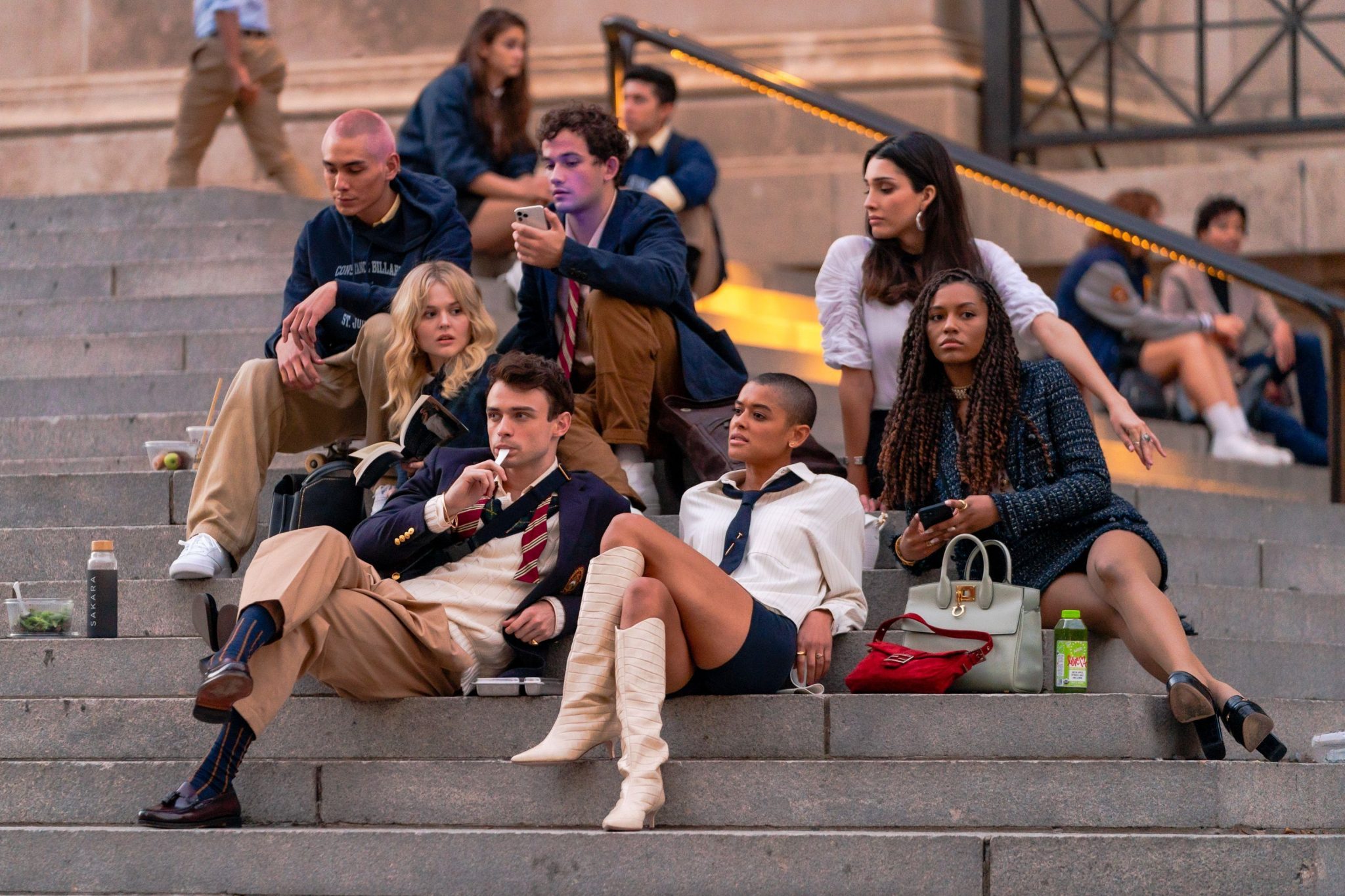 1. The premise is baffling

In the original Gossip Girl, the show kept viewers guessing the identity of the internet sleuth right until the last moment. In the reboot, however, we learn from the get-go that Gossip Girl is an anonymous Instagram page set up the our protagonists' teachers in a misguided attempt to put some manners on their unruly charges.

As the show progresses, running the account eats into the teachers' free time, and at various points, they become dangerously close to getting caught - though this is not helped by the fact that they openly discuss the logistics of running the Gossip Girl account in the school's hallway.

Having said that, the students seem pretty respectful of their teachers as the season continues, so maybe it works? 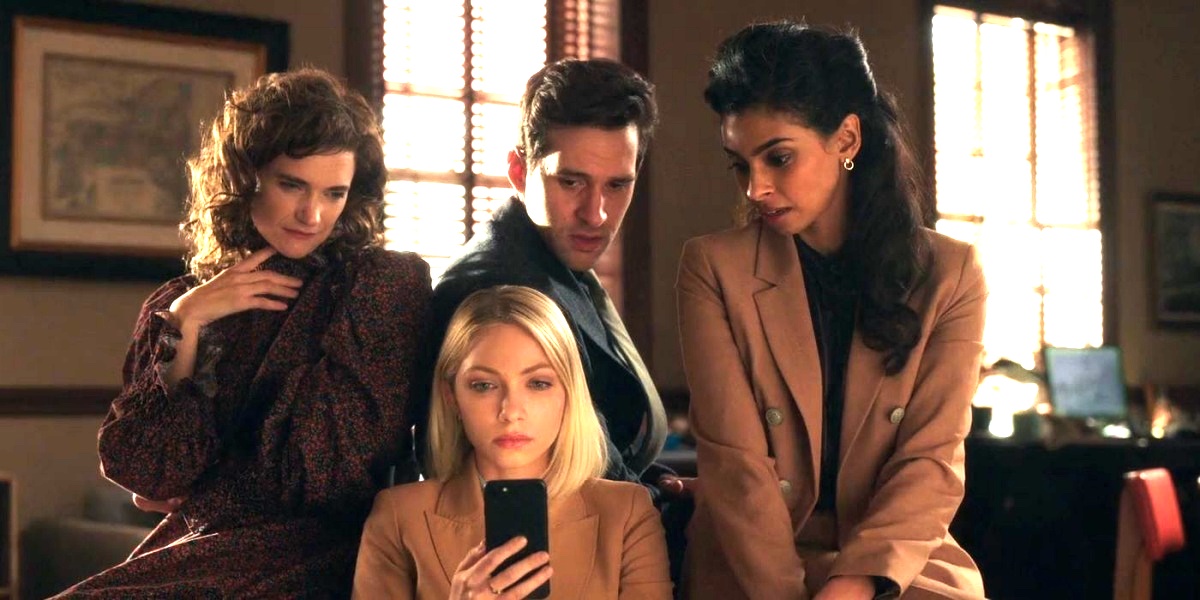 2. No one's age makes any sense

It's not a brand new concept for American TV shows to cast young adults to play teenagers but Gossip Girl's casting goes both ways, and it's very distracting for the viewer. For instance, English teacher Kate Keller is played by 25 year-old Tavi Gevinson, who is a whole three years younger than actress Jordan Alexander, who plays Julien Calloway, her student.

You also need to suspend your disbelief that the mums and dads on the show are actually old enough to be parents.

END_OF_DOCUMENT_TOKEN_TO_BE_REPLACED

The whole issue gives credence to the 30 Rock plot line that sees Jenna Maroney audition for Gossip Girl with the hopes of playing a teenager. On arrival at her audition, however, she learns she's playing one of the parents, who is "dying of old age". 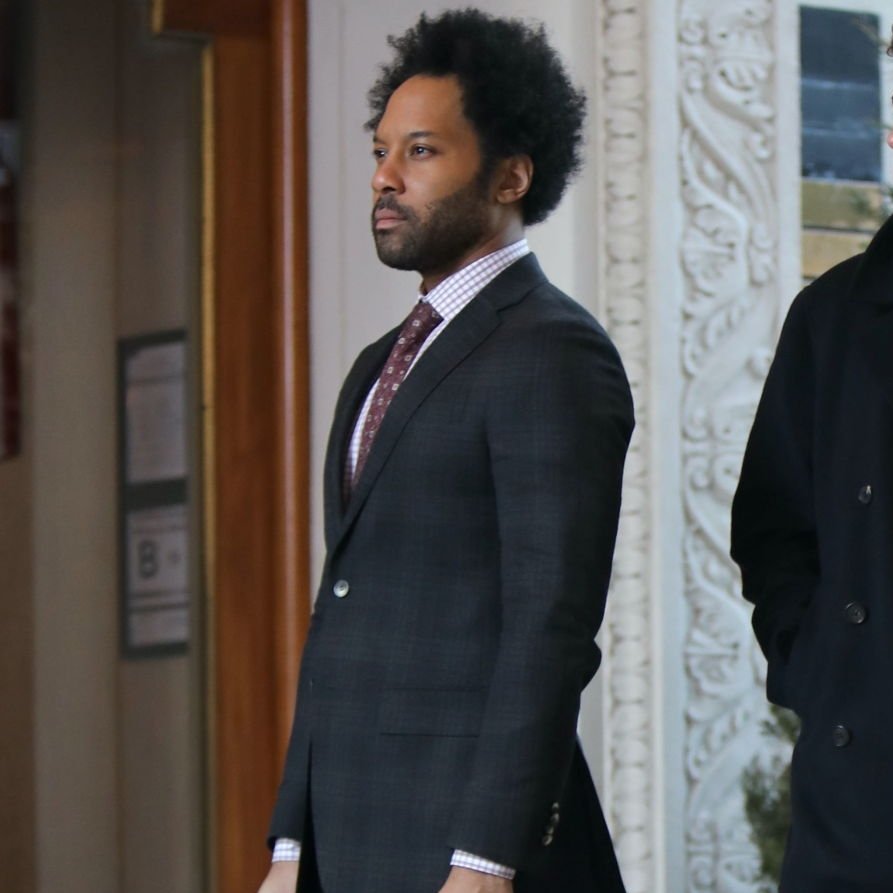 3. The uniforms are frustratingly inconsistent

While they always rock up to school looking great, Constance Billiard appears to have a uniform, but it also gives its students free rein to customise it past the point of recognition. It seems the dress code is more 'uniform theme', rather than any actual uniform.

Seriously. Students will wear literally any outfit with a vague school aesthetic (some tartan, a bow-tie, knee high socks) and that seems to be enough to comply with regulations.

They look amazing, but it's still confusing. 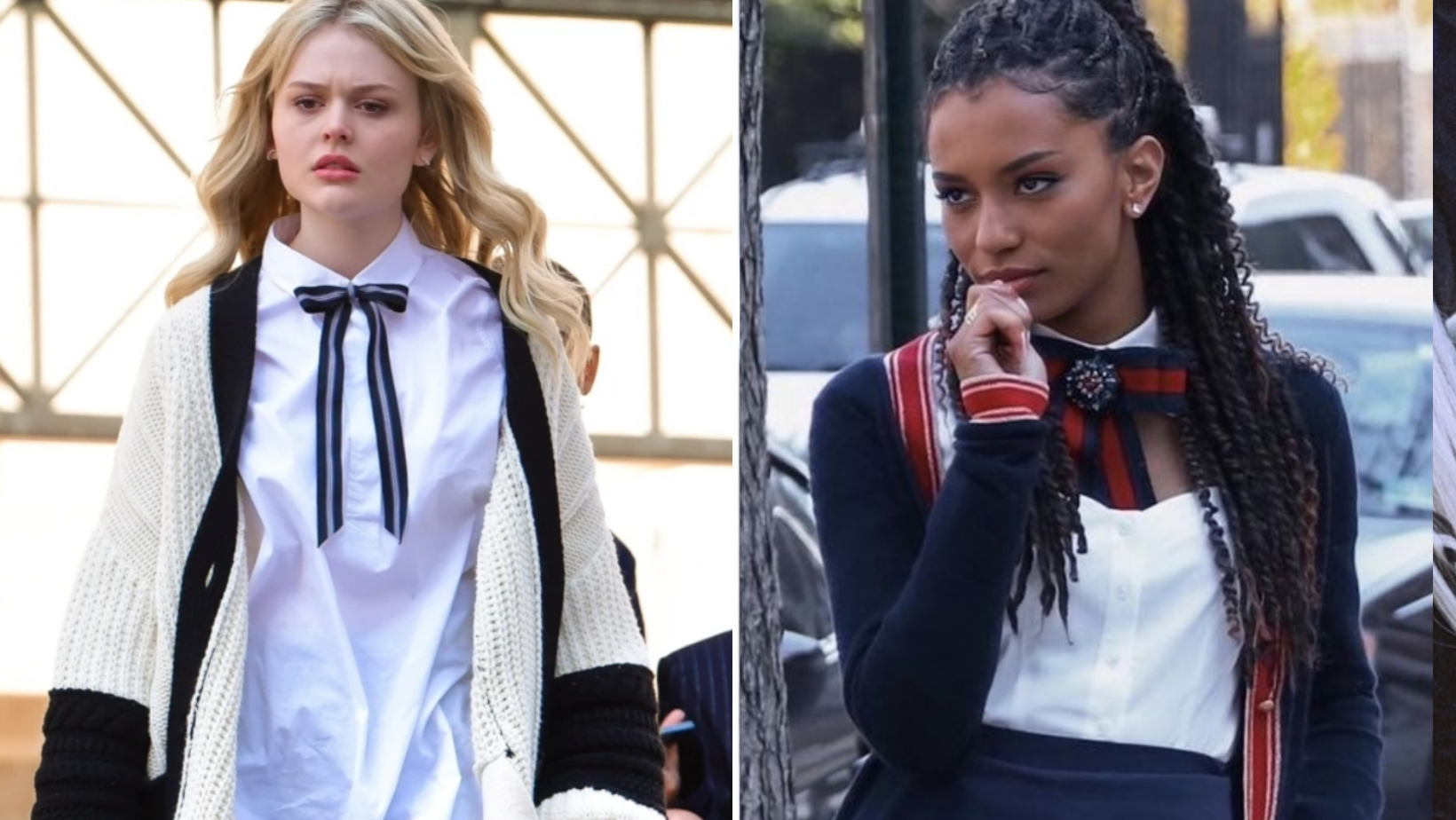 4. The clique structure is really baffling

Without a doubt, Julien is the Blair Waldorf-type ringleader, and her half-sister Zoya fills the Little J role. Beyond this, things get a bit murky.

Two of the clique members, Luna (Zión Moreno) and Monet (Savannah Lee Smith) are employed as Julien's stylist and social media manager, respectively, and yet, in one epsiode, Julien confirms that she doesn't make any money from being an influencer. So are Luna and Monet working pro-bono for the exposure? Or just to be close to Julien? Also, do they even go to the school, or do they just hang around Julien? They do seem a little more mature than their peers, but, as established in point three, the inconsistency of the uniforms makes it impossible to determine who's a student, and who's just some random adult. 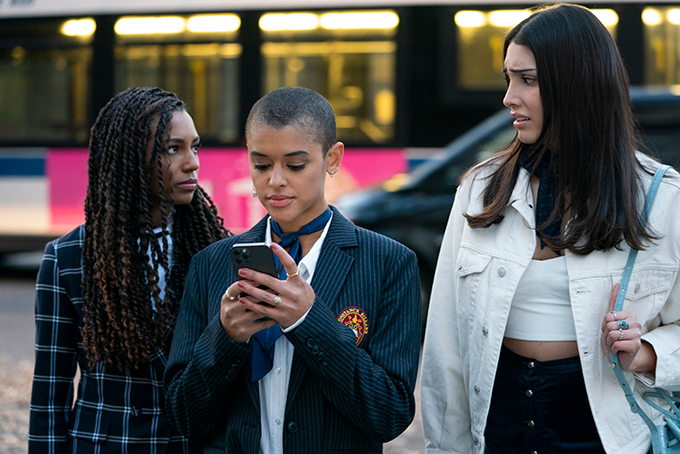 Meanwhile, Audrey (Emily Alyn Lind) enjoys all the perks of being Julien's friend without any of the labour.

5. Covid-19 exists in the world of Gossip Girl, but on one seems to care

Like a lot of shows made in the past year, Gossip Girl addresses the Covid-19 pandemic. In the first episode, the students share that they are looking forward to heading back into class after a year of homeschooling, but after this point our protagonists seem to just not care.

At one stage, they attend a busy protest in the centre of the city, and while every single extra is masked up, our leads are exempt for some unexplained reason.

So either, Covid-19 is a real threat in the Gossip Girl world, or it doesn't exist at all. Pick a lane.

Irish viewers can watch the first few episodes of the Gossip Girl reboot on the RTÉ Player.

popular
Rob Kearney and Jess Redden arrive at wedding venue ahead of big day today
Irish man in his 20s dies after being kicked by a horse
Tributes paid to 29-year-old Irish woman who tragically passed away on holidays
These are the most popular baby names for 2021
Stacey Solomon mortified after walking around shop in see through leggings
Vicky Phelan says she wants to pass away in holiday home "for the kids' sake"
Shoppers have a big sleepover in Ikea after being snowed in
You may also like
1 week ago
Everything we know about Selling Sunset spin-off, Selling Tampa
2 weeks ago
I'm a Celeb trials set to be different this year, producers say
2 weeks ago
Vogue Williams to host new body image show Send Nudes
2 weeks ago
Bake Off fans heartbroken after fan favourite leaves the tent
2 weeks ago
It's official, a Harry Potter cast reunion is taking place
3 weeks ago
WATCH: The first official trailer for And Just Like That is finally here
Next Page