It's going to be the most brutal season yet.

The X Factor live shows haven't even started yet but they're already shaping up to be the most savage ones yet.

The final 12 in the singing competition were confirmed over the weekend, as Nicole Scherzinger, Simon Cowell, Louis Walsh and Sharon Osbourne all picked their final acts.

END_OF_DOCUMENT_TOKEN_TO_BE_REPLACED

And with the introduction of four Wild Card acts on Saturday night, X Factor bosses are said to have a major twist lined up that will shake up the competition.

According to The Sun, just two of the categories will perform on Saturday night, while the other eight contestants will sing on Sunday. 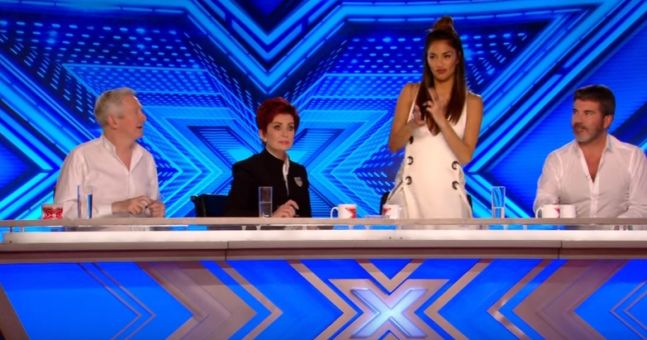 But two contestants will reportedly be packing their bags once the weekend is up, while three more will be heading home the following week.

“With 16 contestants and only six weeks of live shows to get through, the eliminations are going to be coming thick and fast.

“But this is set to be a very harsh introduction to The X Factor process with so many heading home so quickly.

“Producers are still finalising the plans, even with the first live show just days away.

“But this is shaping up to be one of the most brutal series.”

This would make it the most contestants to go home in the same period of time since 2011's series, where judges Gary Barlow, Kelly Rowland, Tulisa and Louis all had to send home one of their own acts in week one.

popular
Shirley Ballas books breast exam after Strictly viewers spot lump
Hollywood couple Joe Manganiello and Sofia Vergara seen enjoying a Cork chipper
You can now apply for tickets to the Late, Late Toy Show
You can now get paid to eat wine and cheese for Christmas
You can now live in the iconic house from Sabrina The Teenage Witch
QUIZ: How well do you remember the first episode of You?
Irish TikTokers are telling their dads they paid €50 for 'premium air' in their tyres
You may also like
1 month ago
X Factor star Freddie Combs dies aged 49
2 months ago
Alexandra Burke says she was "asked to bleach" her skin
6 months ago
Cher Lloyd appears to call out X Factor exploitation in viral TikTok
1 year ago
Love Island band 'No Love Lost' confirm split as Wes Nelson is 'working' on solo record
2 years ago
X Factor's Fleur East got married this weekend in the most stunning dress EVER
2 years ago
Simon Cowell to relaunch Celebrity X Factor in desperate bid to save ratings
Next Page