Actor and Wife To Divorce After 23 Years of Marriage

Actor Robert Davi and his model wife Christine Bolster are headed for divorce after 23 years of marriage.

The couple, who have four children together, have cited “irreconcilable differences” in the legal papers filed in Los Angeles County Superior Court.

According to TMZ Christine is seeking legal and physical custody of their children along with spousal support and payment of her legal fees.

But while the papers have only recently been lodged 60-year-old Robert, who is best known for starring in The Goonies and Die Hard, revealed that he and his wife have been amicably separated for a number of years. 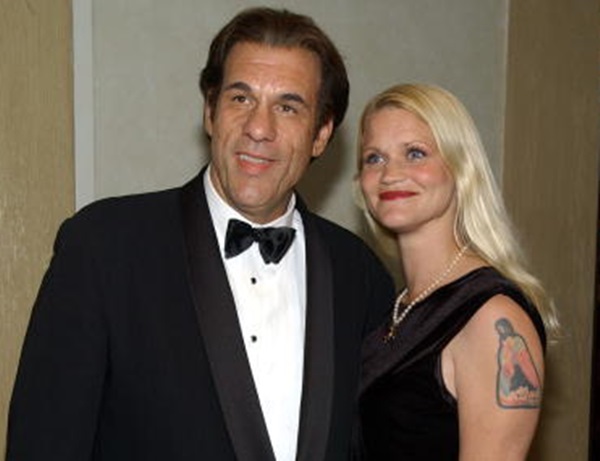 Robert and Christine tied the knot back in 1990.

popular
He may be a politician, but Leo Varadkar's personal life is none of our business
EastEnders' Samantha Womack "thankful" as she is now cancer-free
Parents told to stop buying selection boxes for kids- here's why
Mollie King shares how her daughter's middle name honours her late father
This Netflix Christmas film is being dubbed the perfect rom-com
Amber Heard appeals 'chilling' $10.3 million Johnny Depp verdict
"I slept with your fella": Vogue speaks out about ex's cheating
You may also like
3 years ago
Turns out, this colour of wine gives you the WORST hangover
6 years ago
Pretty Little Liars actor Brandon Jones could be facing over five years in prison
6 years ago
Gwen Stefani Receives Massive Backlash After "Insulting" April Fools' Prank
6 years ago
Katie Price Names And Shames The Twitter Trolls Bullying Her Son Harvey
6 years ago
Kim Kardashian Blasts "Body-Shaming and Slut-Shaming" In Brilliantly Honest Post
6 years ago
WATCH: Emma Watson Launched HeForShe Arts Week On International Women’s Day
Next Page