The star had her uterus removed due to the condition.

Taking to Instagram, the actress reflected on the journey she’s been on since having her uterus and appendix removed due to endometriosis, as well as undergoing liposuction.

Amy shared a stunning image of herself on the beach, thanking her doctors for helping her get to the place she is in now.

‘I feel good. Finally. It’s been a journey thanks for helping me get my strength back @seckinmd (endo) @jordanternermd (lipo)," she wrote. "I never thought I would do anything but talk to me after your uterus doesn’t contract for 2.5 years and you turn 40." 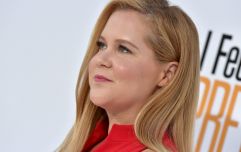 END_OF_DOCUMENT_TOKEN_TO_BE_REPLACED

For many women, the condition can have a significant impact on their life and can sometimes lead to depression.

The most common symptoms include painful period cramps, heavy menstrual bleeding, and pain during or after sex. Roughly 1 in 10 Irish women suffer from the condition.

Amy previously shared advice for women who think they may have endometriosis.

"I learned today that your periods shouldn’t be painful, and not everyone’s are," she said on Instagram. "From the time I got my first period I was knocked over vomiting from the pain.

"As women, we're told, 'you're a drama queen, stop being a p***y, a little b***ch, all these phrases that paint women as weak, and culturally I grew up believing that too."

She continued: "I assumed I was being a drama queen and everybody was feeling this pain because that's what the world makes you feel like.

"Today was really incredible to have someone say, 'No, the pain you've been experiencing your whole life is not normal.' And I know so many women share this same story."

She then urged other women who are in the same boat to be persistent and ensure they get the care they need.

popular
Here are the baby name trends set to dominate 2023
Love Island's Faye Winter says she feels like she's "failing" as an influencer
5 delicious brunch spots around Ireland to try out on your next trip with the girls
Calling all beauty lovers: Kildare Village gets three major new beauty brands
X-Factor star Lucy Spraggan on the backlash the show is receiving
The beginner's guide to upcycling: 3 essential tips for embracing DIY at home
The best Halloween costumes no matter what your hair colour is
You may also like
2 years ago
WATCH: Amy Schumer's new pregnancy docu-series is released next month
2 years ago
Amy Schumer shares her IVF journey and how other mums have helped her
2 years ago
Amy Schumer starts IVF journey and her emotional Instagram post will resonate with so many people
3 years ago
Amy Schumer announces her newborn son's name - and it is pretty unusual
3 years ago
Amy Schumer has welcomed her first child with husband Chris Fischer
3 years ago
'#DidntPuke' Amy Schumer's latest pregnancy selfie is a triumph
Next Page