Fame Finder: Erik Per Sullivan a.k.a Dewey from Malcolm in the Middle

Fame is a fickle friend, and we've all questioned over a cup of tea where that lad from the dodgy 90s boyband/film/TV show ended up. We've decided to track them down, and catch you up on their lives to date. Have they stayed in showbiz or turned their back on the game? You won't believe it 'til you see it.

Today's Fame Finder: Erik Per Sullivan a.k.a Dewey from Malcolm in the Middle 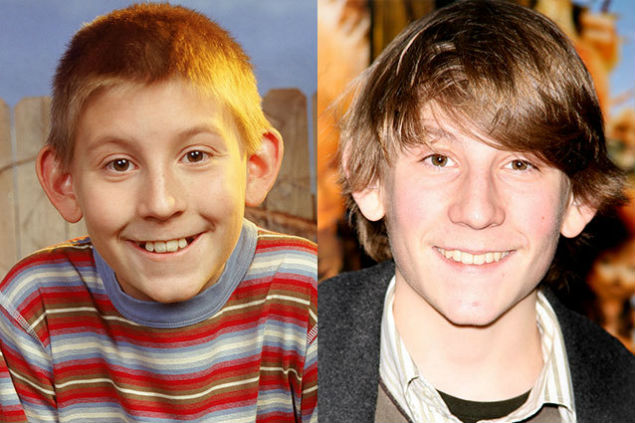 END_OF_DOCUMENT_TOKEN_TO_BE_REPLACED

Following a busy youth as Malcolm's youngest brother, Erik appeared in The Cider House Rules and voiced Sheldon The Seahorse in Finding Nemo. Although he hasn't spent as much time in front of the camera since his youth, he did take a trip to Dublin in  2007 to  receive The James Joyce Award from Trinity College.

Erik is currently attending the University of Southern California but appears to keep to himself and has turned down film roles to concentrate on his studies.

Sure what else could we expect from Malcolm's little genius?

popular
He may be a politician, but Leo Varadkar's personal life is none of our business
Kelsey Parker: "People think I should be walking around wearing my black veil"
Fans are feeling seriously sorry for Molly Mae Hague after resurfaced interview
"I slept with your fella": Vogue speaks out about ex's cheating
Parents told to stop buying selection boxes for kids- here's why
Woman hit by rollercoaster wakes from coma after two months
Dundalk restaurant offer free Christmas dinner to those in need for third year running
You may also like
3 years ago
Turns out, this colour of wine gives you the WORST hangover
6 years ago
Pretty Little Liars actor Brandon Jones could be facing over five years in prison
6 years ago
Gwen Stefani Receives Massive Backlash After "Insulting" April Fools' Prank
6 years ago
Katie Price Names And Shames The Twitter Trolls Bullying Her Son Harvey
6 years ago
Kim Kardashian Blasts "Body-Shaming and Slut-Shaming" In Brilliantly Honest Post
6 years ago
WATCH: Emma Watson Launched HeForShe Arts Week On International Women’s Day
Next Page