Nell Mescal, the sister of actor Paul Mescal, has shared that their mum is set to undergo chemotherapy treatment amid the excitement surrounding the Oscar nominations.

Yesterday saw Paul land his first ever Academy Award nomination for his role in Charlotte Wells' Aftersun. In the category for Best Actor, he is joined by fellow Irishman Colin Farrell for The Banshees of Inisherin, Austin Butler for Elvis, Brendan Fraser for The Whale and Bill Nighy for Living.

Reacting to the news yesterday, Nell, a singer-songwriter reflected on how strange life can be at times.

"My mum got a haircut today in prep for her chemotherapy and then Paul got nominated for an Oscar life is so crazy," she tweeted. 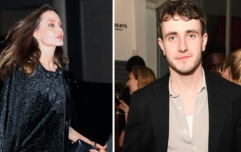 Here's why Angelina Jolie and Paul Mescal went on a "date"

END_OF_DOCUMENT_TOKEN_TO_BE_REPLACED

In the replies, Nell and Paul were met with support.

TV presenter Maïa Dunphy wrote: "Thinking of your Mum. This must be a great boost for her."

Nell also shared a screenshot of her family reacting to the news on a group video call. Following the announcement, she also tweeted: "I'm sobbing. How on earth did this happen?" 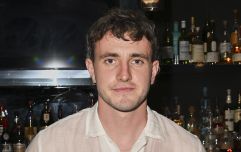 END_OF_DOCUMENT_TOKEN_TO_BE_REPLACED

She later wrote: "I would post the video of my reaction but these tears were UGLY."

As well as Paul and Colin's success in nabbing a Best Actor nomination, it was a tremendous day for Irish talent in cinema. In the Best Supporting Actor category, Barry Keoghan and Brendan Gleeson for their roles in The Banshees of Inisherin. Tipperary star Kerry Condon also landed a Best Supporting Actress for her performance in the film.

Elsewhere, history was made when Colm Bairéad's An Cailín Ciúin picked up a nomination for Best International Feature Film, making it the first Irish language film to do so.

popular
Bride asks for divorce day after wedding following groom's disrespectful cake stunt
Natalie Imbruglia's Torn is actually a cover and the original just isn't the same
Tributes paid following tragic death of Emma Pattison and her family
Here's why Nicola Peltz-Beckham's family are suing her wedding planners
Gwen Stefani reportedly pregnant with baby number four
Head of dive squad searching for Nicola Bulley thinks 'something's not right'
Woman who earns more than boyfriend 'gets the ick' because she has to pay for everything
You may also like
1 month ago
Phoebe Bridgers and Paul Mescal have reportedly broken up
2 months ago
Phoebe Bridgers says Christmas in Maynooth is like a "rom-com"
2 months ago
Paul Mescal details "rude" interaction with fan
3 months ago
10 of the best tweets about Phoebe Bridgers and Paul Mescal's engagement
4 months ago
WATCH: Paul Mescal explains GAA on American talk show
5 months ago
6 things Paul Mescal and Phoebe Bridgers will inevitably do when they move to west Cork
Next Page