Lindsay Lohan has revealed that we’ve been pronouncing her name wrong all these years.

The actress joined TikTok earlier this month, where she uploaded a quick video to introduce herself to the platform. 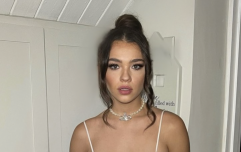 END_OF_DOCUMENT_TOKEN_TO_BE_REPLACED

In the short video, Lindsay says: "Hey everyone. It’s Lindsay Lohan, and guess what? Now I’m on TikTok."

While fans were delighted that the '00s icon had finally joined the video streaming platform - what really got people talking was how she said her name.

Instead of saying 'Low-han' - like almost everyone else has been saying for years - Lindsay pronounced her last name as ‘Lowen’.

And of course, fans were shook.

"Have I been pronouncing your name wrong my entire life? I thought it was LoHAAAN.” one person said.

"Guys none of us knew how to pronounce her last name," a third added. 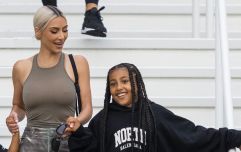 END_OF_DOCUMENT_TOKEN_TO_BE_REPLACED

Another person joked: "I think you pronounced ur name wrong."

Others said they were done trying to pronounce celebrity surnames.

"I can’t with this anymore… first Ariana Grande, then Taylor Lautner, now you. Have I said any words right in my life??????"

Lindsay never addressed the bombshell she dropped, and soon after posted another video of herself recreating a scene from The Parent Trap.

As a child, Lindsay played the dual role of identical twins Annie and Hallie - her first ever acting role.

The film follows the pair as they accidentally cross paths at a summer camp and decide to switch places in order to make their parents get back together.

In the clip, she lip-synced the Californian twin Hallie mocking her British twin Annie.

Recently, the star announced her engagement to her boyfriend Bader Shammas.

Sharing a photo of the stunning ring on Instagram, she wrote: "My love. My life. My family. My future."

The couple have been dating for two years and have kept their relationship private.

popular
Baby found unattended in pram in Dublin, Gardaí reveal
Joanna Cooper heartbroken after her mum is diagnosed with dementia
Love Island first look: The Hideaway is open tonight as Ron has something to tell Lana
Toddler tragically dies in Wicklow following choking accident
No plans to abolish homework, says Minister Foley
Gwen Stefani reportedly pregnant with baby number four
Conor Mcgregor hit by car ‘at full speed’ while cycling
You may also like
2 weeks ago
Women on TikTok are sharing ways they ensure they are always safe in a taxi
1 month ago
Selena Gomez reacts to viral TikTok about her weight and relationship with Justin Bieber
1 month ago
TikTok star Megha Thakur dies 'suddenly' aged 21
2 months ago
Woman issues warning after TikTok cleaning hack caused fire
2 months ago
This travel hack shows you how to get free water at Dublin Airport
3 months ago
Jonathan Joly slated for sharing inappropriate video of daughter on TikTok
Next Page