Big things are in store for the actor.

It appears Barry Keoghan has announced that he is set to welcome his first child.

The 29-year-old Dubliner took to his Instagram Stories on Saturday night to share a photo of him and girlfriend Alyson Sandro at what appeared to be a gender reveal party.

The couple embraced each other in front of a box filled with blue balloons as blue confetti fell around them.

Meanwhile, a sign behind the couple reads: "He or She, what will the baby be…” 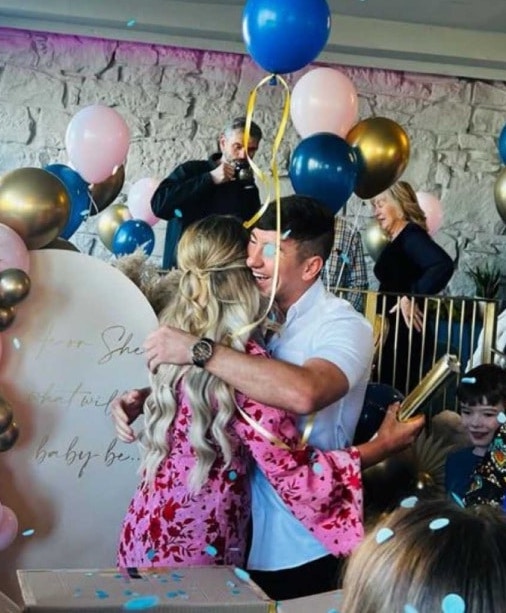 Seemingly hitting back at any potential haters, Barry captioned the picture: "I don't know why other people have their opinions. We are happy here."

END_OF_DOCUMENT_TOKEN_TO_BE_REPLACED

Barry and Alyson have not confirmed the pregnancy yet, but the gender reveal has people convinced the two have a baby on the way.

The couple first started dating in February 2021, before going Instagram official in September. They also walked the red carpet together at the premiere of Eternals in London in October.

Barry himself has been enjoying huge success in his acting career as of late, taking on the role of the iconic Joker in the new Batman film.

Unfortunately, the five-minute scene of the character which involved a confrontation with Robert Pattinson's Batman, did not make it into the movie in the end.

END_OF_DOCUMENT_TOKEN_TO_BE_REPLACED

Barry also recently revealed he has his sights set on becoming the next James Bond.

Sharing a topless picture of himself to Twitter, he wrote: "Bond who?"

In a later interview with Ryan Tubridy, he addressed the photo, saying:

"Ah look, I was having a bit of craic, you know, you just throw your hat in the ring for it and see what happens. But I am curious to see where they go upon.

“Even to play the villain. That would be quite cool. But maybe Bond – actually, you know what, maybe Bond.  We will see, we will see what happens.”

popular
Ekin-Su Cülcüloğlu signs the biggest fashion deal in Love Island history
Love Island producers respond to claims Jacques was kicked off the show for "bullying"
Lisa Kudrow addresses lack of diversity on Friends
Met Éireann extends high temperature warning for Ireland this weekend
Love Island's Amber opens up on unaired fight between Remi and Jacques
Five teenage girls in hospital after Kilkenny crash
Paige Thorne breaks her silence on Jacques O'Neill drama
You may also like
1 month ago
Outrage as woman says doctor told her to "be quiet" during labour
1 month ago
"I don't care": TikToker responds to vaping while pregnant backlash
1 month ago
Woman dies in Limerick following home birth
2 months ago
Pregnant bride goes into labour on her wedding day four weeks early
3 months ago
Vogue Williams wants you to keep your parenting opinions "up your own a**ehole"
3 months ago
Caitríona Perry confirms she's expecting her second child
Next Page