Anyone fit the bill?

Netflix is currently on the hunt for a Lindsay Lohan body double as they begin filming in Ireland next month.

Set to be filmed in Dublin, Wicklow, Westport, Knock airport and a few other locations throughout September, Irish Wish is set to star in the new Netflix film.

This Netflix Christmas film is being dubbed the perfect rom-com

END_OF_DOCUMENT_TOKEN_TO_BE_REPLACED

The film is expected to be set in modern day Ireland, Lindsay is set to play the lead role of Maddie and the film will hit the streaming service next year.

Filming is scheduled to take place from September 5th to October 14th with the casting team now looking for a full time camera body double for the lead role.

A spokesperson said, according to the Western People.: “We are currently involved in a very exciting project. A rom-com called 'Irish Wish' shooting in Dublin and Wicklow. 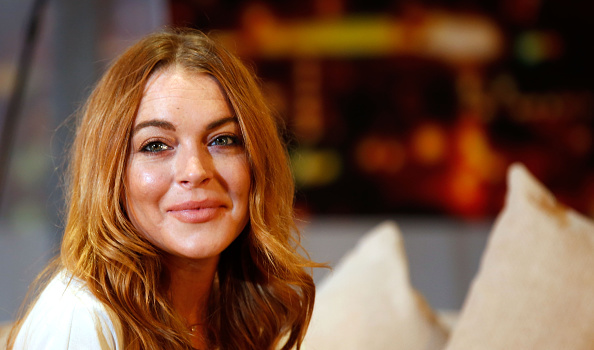 END_OF_DOCUMENT_TOKEN_TO_BE_REPLACED

“Applicants will need to be residing in Dublin and available Monday to Friday (over the filming period). Acting experience is an advantage as the role requires scenes with main cast members. Women aged 18 years plus, who are 5'4" in height who are a dress size six to eight.

[Those interested] must be willing to have hair dyed red for the role if selected”.

This isn't the only Netflix project currently being filmed in Ireland as Bodkin, a comedy-thriller series, is being filmed in Dublin, Wicklow and Cork and is being produced by Barack and Michelle Obama.

The series is set to be the pair's first work on a fictional project and is produced by the Obama's company, Higher Ground. They have signed multi-million dollar deals with Netflix, Spotify and Amazon.

The show is set to feature some big stars such as Young Offenders actor Chris Walley and Intermission actor David Wilmot as well as comedian Will Forte, Robyn Cara and Siobhan Cullen appearing in the seven episodes.

You can apply for the role here.

popular
Stevie Nicks leads tributes following the death of Christine McVie
Gwen Stefani reportedly pregnant with baby number four
Gifts for Him: 18 affordable presents for your old fella, brother or boyfriend this Christmas
Here are the first four people officially heading onto Dancing With The Stars
Mollie King announces death of her father just weeks after welcoming her first child
"You can’t imagine what it feels to have had a baby and yet feel like you didn’t"
Why Are Men so Obsessed With Boobs? The Answer is Pretty Surprising...
You may also like
2 days ago
Only watch this new Netflix film if you want to bawl your eyes out
3 days ago
The trailer for Emily in Paris season three has dropped
1 week ago
Glass Onion: A Knives Out Mystery is a dazzling satire
3 weeks ago
The Crown stars hit the red carpet for season 5 premiere
3 weeks ago
Netflix renews controversial Monster series for 2 more seasons
3 weeks ago
WATCH: The trailer for Dead to Me is here
Next Page