Bad Vegan: Netflix's latest con-artist documentary might be the wildest one yet

This looks even crazier than The Tinder Swindler.

Netflix has been showering us with true crime documentaries lately - and hey, we're not complaining.

Just when we thought we couldn't get any more addicted to the genre, here comes Bad Vegan: Fame. Fraud. Fugitives.

END_OF_DOCUMENT_TOKEN_TO_BE_REPLACED

The gripping series follows the case of Sarma Melngailis, a super successful vegan restaurant owner, known as the "vegan queen".

Sarma was the woman behind one of New York’s most popular restaurants, Pure Food and Wine, which was regularly visited by high-profile celebrities.

However, things started to go downhill when she met a mysterious man (Anthony Strangis aka Shane Fox) online, who convinced her that he would make her restaurant even more successful... and make her and her dog immortal. Yeah, we told you it was wild.

What do a Vegan chef, an immortal dog, and Domino’s Pizza have to do with one of the strangest scandals in NYC history?

END_OF_DOCUMENT_TOKEN_TO_BE_REPLACED

All of his promises came at a price, however. He told Sarma if she wanted her happy-ever-after, she would have to listen to his every demand.

Sarma quickly married Shane, and soon found herself as a fugitive on the run across America with him.

They were eventually tracked down at a motel in Tennessee and it was revealed they had stolen almost $2 million from the restaurant and its staff.

What gave them away? A Domino's pizza order. 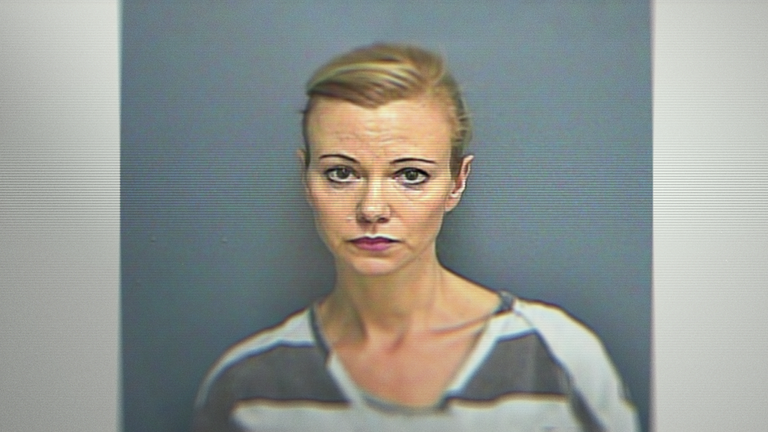 END_OF_DOCUMENT_TOKEN_TO_BE_REPLACED

As if all of the above wasn't weird enough, half way through the trailer we hear a producer ask one of Sarma's co-workers: "Do you know about the meat suit?”

And with a very worried expression, she responds: “What’s the meat suit? Oh, no. I'm going to need a minute."

We have no idea what that's in reference to, but let's just say we're already very invested.

popular
Baby dies next to mother who drank 'two or three' bottles of wine then fell asleep
Little boy dies of cancer after doctors ignored mother's warnings six times
Love Island's Zara's brother reveals the real beef going on between her and Olivia
Funeral of Cork toddler takes place after choking accident
Gwen Stefani reportedly pregnant with baby number four
Abigail Breslin marries longtime love Ira Kunyansky
Molly Mae: "Thank you for entering this world safely for us"
You may also like
2 weeks ago
WATCH: The trailer for Pamela Anderson's Netflix documentary is here
4 weeks ago
All of the new Netflix movies and shows arriving in January
1 month ago
Netflix fans left on the verge of 'throwing up' and issue warning about 'upsetting' dog movie
1 month ago
Netflix teases UK version of Selling Sunset to begin next year
1 month ago
Check out the first look at Netflix's Pamela Anderson documentary
1 month ago
Royal family sources claim they were not contacted by Netflix about Harry & Meghan
Next Page