The Midnight Club: Netflix's latest thriller series will have you seriously spooked

Spooky season is just around the corner...

If you were a fan of The Haunting of Hill House and are looking for something equally spooky to watch this Halloween, then Netflix may have you sorted.

The Midnight Club lands on the streaming platform in October, and it comes courtesy of Mike Flanagan, the creator of the Hill House series as well as the deeply scary Midnight Mass.

END_OF_DOCUMENT_TOKEN_TO_BE_REPLACED

The upcoming TV show is based on Christopher Pike's young adult novel of the same name, and it centres around a group of terminally ill students who are being cared for in the same hospice. Every evening, they gather together to share spooky stories, and, naturally, terror ensues.

In a recent interview with Vanity Fair, Flanagan recalled his "shock" after reading the book as a teen. 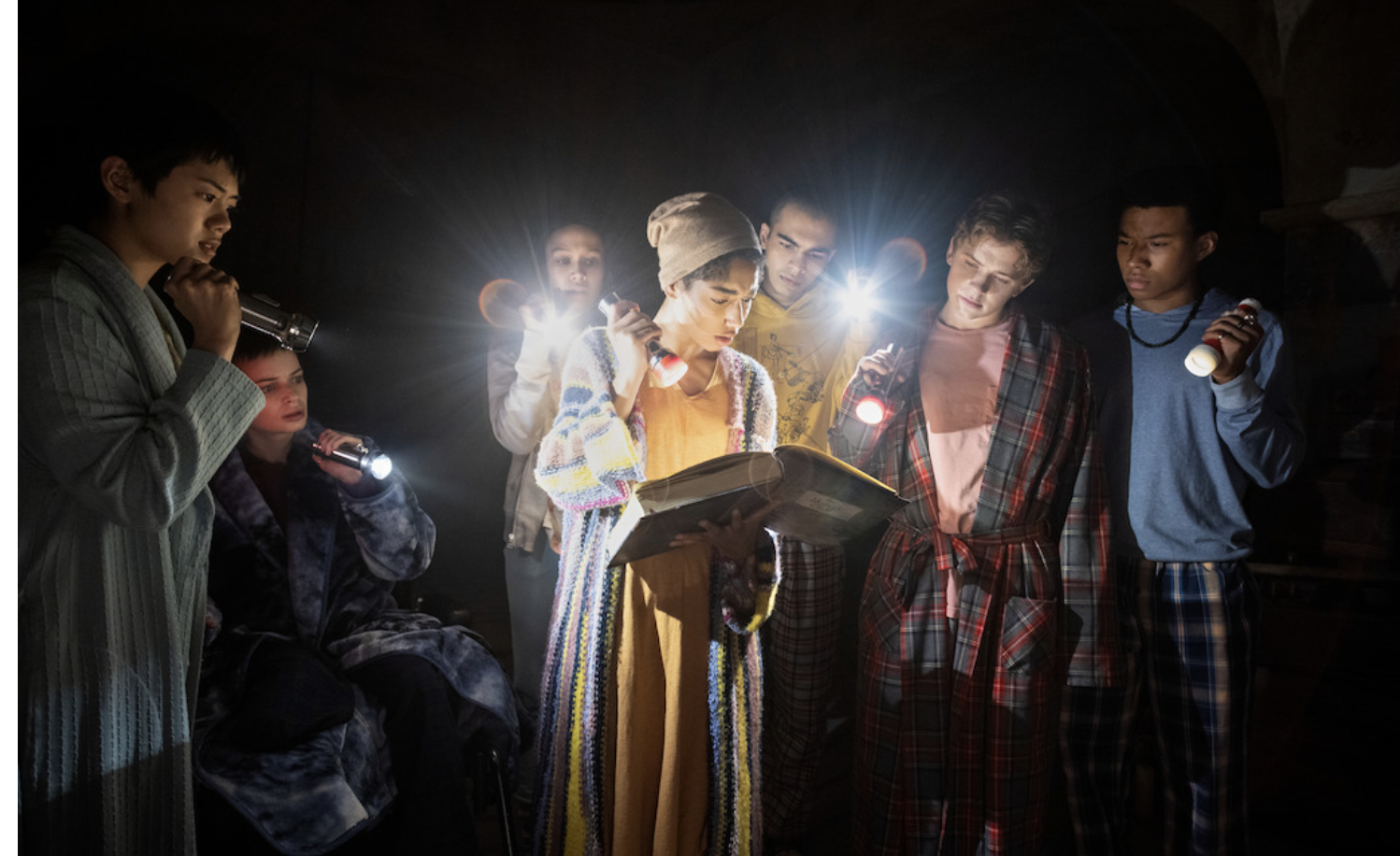 "I thought I was getting this pulpy little YA novella that would be about a spooky Grim Reaper or something," he said. "But no, it was about teenagers having to reconcile with terminal diseases and with death. And it didn’t pull its punches there either. It was a real lesson in how you could use genre to talk about very serious things."

END_OF_DOCUMENT_TOKEN_TO_BE_REPLACED

Tudum shared the first look of the series last month, and as well as looking seriously frightening, it also seems like the show will be a deeply nostalgic watch. Expect a generous dollop of 90s fashion to accompany the fright.

The Midnight Club will be 10 episodes long, and it lands on Netflix on 7 October, giving us plenty of time to watch the entire thing in the run up to Halloween.

popular
Gwen Stefani reportedly pregnant with baby number four
Young girl found injured in Co. Clare house is in critical condition
Two Love Island 2022 stars have just become step siblings...
Abducted in Plain Sight: True crime drama follows girl who was kidnapped twice by the same man
Molly Mae Hague shares emotional moment she discovered she was pregnant
Why Are Men so Obsessed With Boobs? The Answer is Pretty Surprising...
So, William and Harry have a step sister... and who knew?
You may also like
5 days ago
Rylan Clark was hospitalised with two heart failures after marriage breakdown
1 week ago
A docuseries about the 'Bling Ring' is coming to Netflix
2 weeks ago
The Handmaid's Tale confirmed for a 6th and final season
3 weeks ago
Gemma Owen reportedly set to star in show about footballers' daughters
3 weeks ago
The Crown producers have a plan in place for if the Queen dies during filming
3 weeks ago
What we know so far about Lindsay Lohan's Irish film
Next Page