We'll be watching this one behind our hands, lads.

While The Haunting of Hill House and Bly Manor were part of an anthology series, Midnight Mass is a standalone show, but promises to deliver that same compelling spookiness.

END_OF_DOCUMENT_TOKEN_TO_BE_REPLACED

The premise from Netflix reads: "Midnight Mass tells the tale of a small, isolated island community whose existing divisions are amplified by the return of a disgraced young man (Zach Gilford) and the arrival of a charismatic priest (Hamish Linklater).

"When Father Paul’s appearance on Crockett Island coincides with unexplained and seemingly miraculous events, a renewed religious fervor takes hold of the community: but do these miracles come at a price?"

Midnight Mass drops on Netflix on 24 September, but the trailer arrived on Monday afternoon, and we're sufficiently creeped out already.

On YouTube, one viewer wrote: "I'm hyped. Anything Mike Flanagan does is usually downright brilliant." 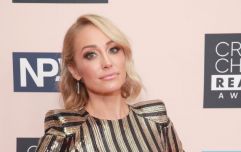 END_OF_DOCUMENT_TOKEN_TO_BE_REPLACED

Another said: "Mike Flanagan is brilliant in everything he produces. I'm very excited."

A third wrote: "Everything Flanagan touches is gold, incredible writer and director."

Netflix usually comes in with the goods for horror fans in September, and while the streaming platform has an abundance of spooky original projects, The Haunting of Hill House remains one of its most beloved and frightening.

If you can't wait until next month to get pumped for Halloween, every episode of Hill House and Bly Manor are available to stream now.

popular
Charlie Bird says he "cries every day" as he struggles to cope with MND diagnosis
Real Housewives of Johannesburg star Naledi Willers dies aged 30
Boris Johnson announces birth of "healthy baby girl"
Concerns over travel restrictions this Christmas due to “significant numbers” of Omicron
Marty Morrissey to take a step back from RTÉ after tragic death of mum Peggy
Pippa O'Connor "forever grateful" as she goes to Billy's last check up in Holles Street
Schoolboy placed in isolation for putting hair in plaits like female classmates
You may also like
1 week ago
Selling Sunset's Christine Quinn slams 'fake pregnancy' rumours
1 week ago
A true crime doc about the Tinder Swindler is coming to Netflix
1 week ago
Selling Sunset fans baffled over Christine and Emma's past
2 weeks ago
Personality Quiz: Which Selling Sunset realtor are you?
2 weeks ago
WATCH: The trailer for Netflix's Anna Delvey series is finally here
2 weeks ago
Everything we know about Selling Sunset spin-off, Selling Tampa
Next Page