The start date for I'm A Celebrity...Get Me Out Of Here! 2019 has officially been confirmed

There's not long left to go.

The start date for I'm A Celebrity....Get Me Out Of Here! 2019 has been officially confirmed.

Yes, that's right: Ant and Dec are going to be back on our telly screens as of Sunday, November 17.

The news was confirmed in a short teaser shared by ITV on Wednesday.

The news comes amid plenty of rumours of who will be tackling the Bushtucker Trials this year.

Both Love Island's Amy Hart and Olivia Attwood have been rumoured to be taking part in the series, while Blue's Duncan James is also said to have signed up.

The news comes not long after it was revealed that former Arsenal player Ian Wright was also said to be in talks to be on the show.

Adam Thomas and Emily Atack will also be returning to the show - but this time, as presenters of I'm A Celebrity Extra Camp.

Adam, who appeared in Emmerdale, and Emily, best known for her role in The Inbeteweeners, will front the sister show to I'm A Celebrity, Get Me Out Of Here when it returns in November alongside Joel Dommett. 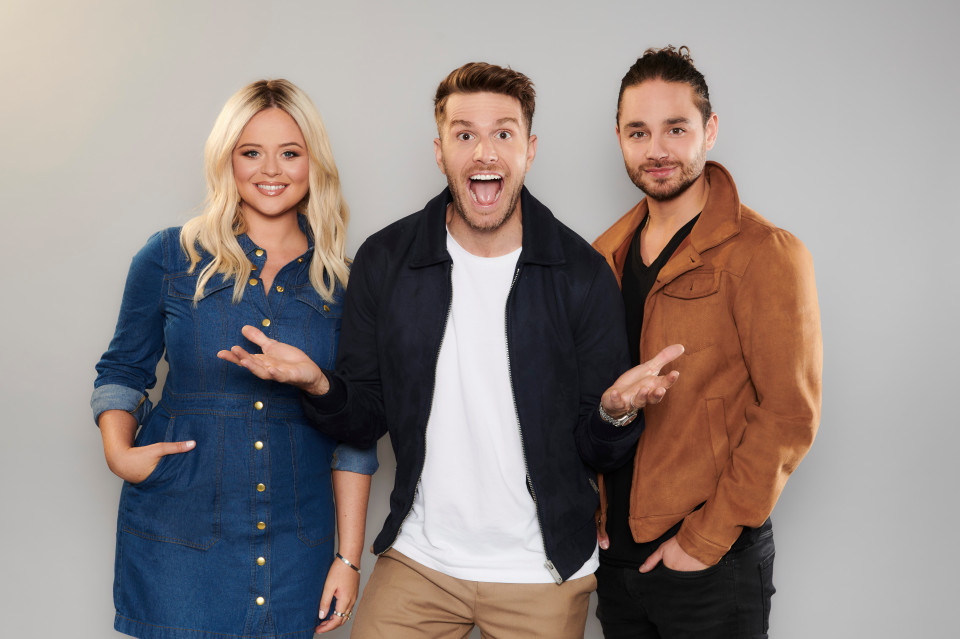 I’m A Celebrity...Get Me Out Of Here! confirms location for 2020 season

END_OF_DOCUMENT_TOKEN_TO_BE_REPLACED

Adam was a campmate in the 2017 series of the reality show while Emily came runner-up in 2018.

The pair will be taking over from Joe Swash and Scarlett Moffatt, who announced their departure from the show earlier this year.

Joe, who recently welcomed a son with partner Stacey Solomon, said he was stepping down as he couldn't bear to be away from his family in Australia for the show.

Scarlet meanwhile left the gig to focus on another TV project.

popular
Curtain bangs are trending - here's everything you need to know
'Beard-baiting' is now apparently a dating trend - and we're all for it
Will there be a second season of Gilmore Girls: A Year In The Life? Here's what we know
"Like botox, but without needles" – I tested Gua Sha, and the results were impressive
QUIZ: How well do you really remember the first episode of Sabrina The Teenage Witch?
Someone has ranked the penis size of men from all over the world
Kate Middleton has addressed the rumours that she's pregnant with her fourth child
You may also like
1 month ago
I'm A Celebrity, Get Me Out Of Here moves to ruined castle in UK this year
8 months ago
Charlotte Crosby says she was lucky if ex-boyfriend Joshua kissed her once a day
9 months ago
Myles Stephenson on what really happened during that off-air chat with Jacqueline Jossa
9 months ago
Jacqueline Jossa says that reuniting with her family was better than winning I'm A Celeb
9 months ago
Andy Whyment says he wants to go back to his 'normal, boring life' after I'm A Celeb fame
9 months ago
Dan Osborne has shared some gorgeous holiday pictures of Jacqueline Jossa and their kids
Next Page