There is nothing we love more than binge watching Louis Theroux documentaries. Forever investigating the weird and wonderful, Louis gives us an insight into everything from Miami's toughest prisons to the world of rap amongst the streets of America, even entering himself into a rap battle. No lie. 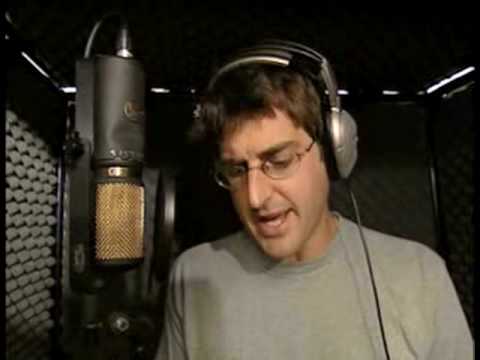 END_OF_DOCUMENT_TOKEN_TO_BE_REPLACED

So, to put it in few words, there is nothing Louis could do that would surprise us. We are here to support him and watch him on no matter what he investigates.

And because he investigates so much weird sh*t, a meme page has been created which generates hilarious investigations for Louis.

The page titled Louis Theroux Bot has us in tears with hilarious one liners that we keep saying in Louis' voice. What makes them so funny is although they are utterly bizarre, we could ACTUALLY believe them being a real thing.

Anyone else dying at these...

I'm in New Mexico to meet Chase, a former bigfoot hunter turned evangelical swinger who believes mayonnaise is a myth

OK, we think this could be our favourite one!

I'm in California to meet Adam, a former teacher turned shock jockey who believes Hitler wrote Candle in the Wind

The posts which are so hilarious, they have even caught the attention of the man himself. Louis has gone and actually re-created one of the fake titles and we are in tears.

You can check it out below.

Et voila! I did it in quite a serious mode. I guess it felt like a pretty important story. @louistherouxbot pic.twitter.com/5wCYevz5Mo

popular
Vicky Phelan says terminally ill people should have right to decide how to die
The internet is saying the same thing after Ryan's Toy Show opening
Strictly's Giovanni Pernice responds to dating rumours following split from Maura Higgins
The best memes from this year's Late Late Toy Show
Omicron variant symptoms are mild so far, says doctor who discovered it
We finally know what happened to Sam in And Just Like That
8 of the hottest make-up trends to try this festive season
You may also like
1 month ago
You's Penn Badgley and Cardi B are fangirling over each other on Twitter
2 months ago
Bride receives bouquet of chicken nuggets from best friend on wedding day
2 months ago
These newlyweds wore tracksuits to their reception
3 months ago
Tom Daley went viral for knitting at the Olympics - and it's all for charity
1 year ago
Dublin Airport had brilliant response to Wild Mountain Thyme
1 year ago
Lisa McGee's Tweets about the Derry Girls' favourite movies are pretty much perfect
Next Page