Love Islanders will decide whether to recouple in Casa Amor TONIGHT

The biggest episode of the series is here, the Casa Amor recoupling is only hours away and we finally get to see the shocking revelations unfold in the main villa.

As the islanders are lounging around the pools in each villa, they receive a text to say that they need to start thinking about if they want to stay in their original couple or change it up completely.

END_OF_DOCUMENT_TOKEN_TO_BE_REPLACED

As we've seen since Casa Amor started, each boy except Luca has decided to see how they get on with the new girls, while Tasha, Danica and Indiyah have tested connections with the boys.

Upon hearing the recoupling news, Paige says: “I am one of those people that is a glass half full, I am actually really excited to go back just so I can see Jacques again.” 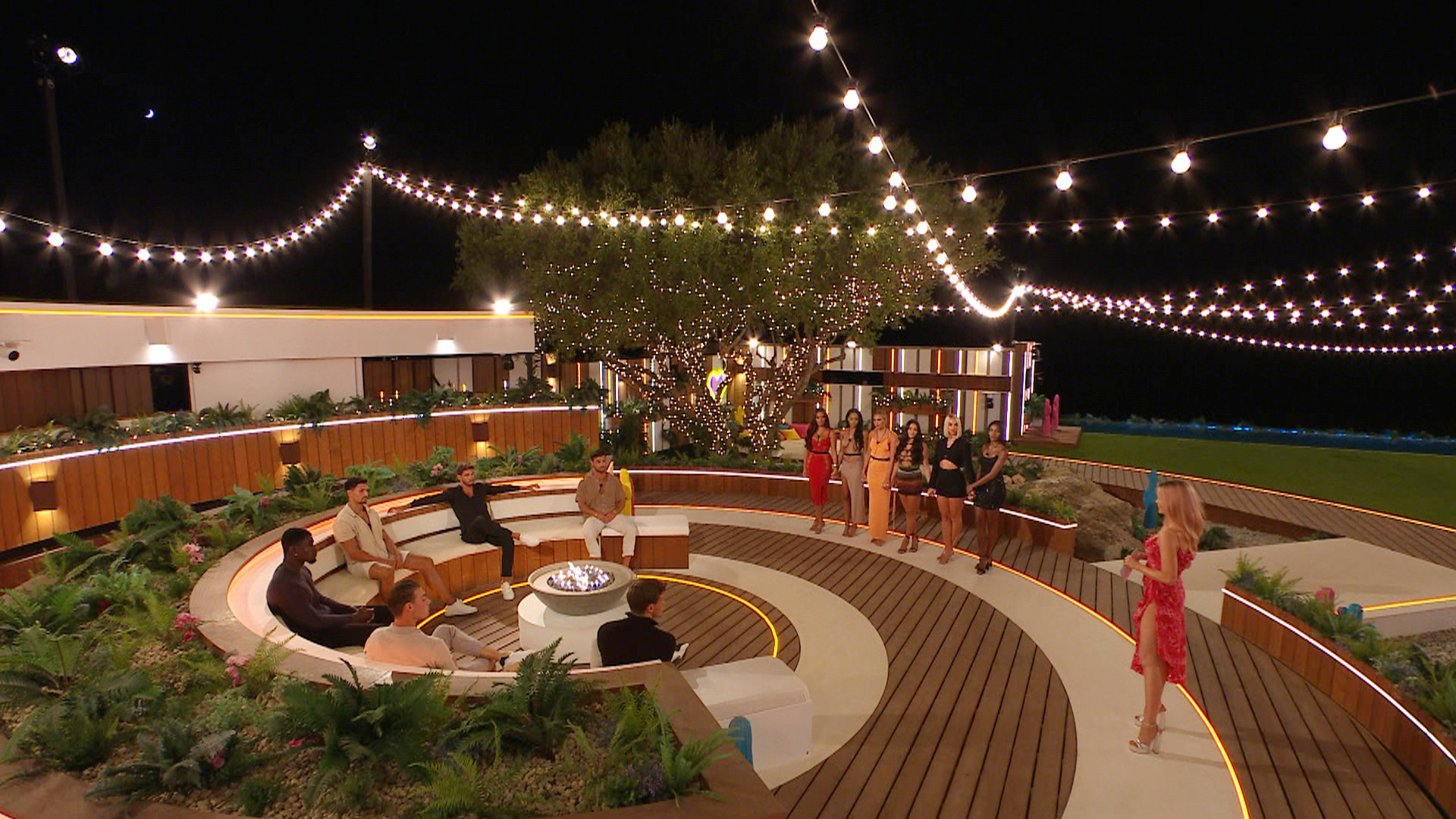 END_OF_DOCUMENT_TOKEN_TO_BE_REPLACED

While Dami says: “My head’s fried, scrambled, whatever way you like your eggs. That’s the way my head is right now. I’m scared.”

Before host Laura Whitmore makes her appearance in the villa to kick things off, Indiyah is completely torn over who she should pick.

Pulling Deji for a chat about their situation, he says: "I came in here with an open mind. Naturally I’ve gravitated more towards you. Not even just attraction, it’s just on so many different levels. In the back of my mind I still can’t help but think about the situation that you’re in and obviously it does scare me because I do like you.”

Indiyah replies: “Obviously I have a connection with Dami, there’s not nothing there. But in the real world, I’m used to dating. It doesn’t invalidate my feelings for anything. Hypothetically speaking, if you were to come back to the villa with me I would have to have those conversations still with Dami.”

Deji agrees, saying: “I don’t want you to ever be in a situation where you feel pressured to do whatever. Do you know what I mean? The ball’s 100% in your court.” 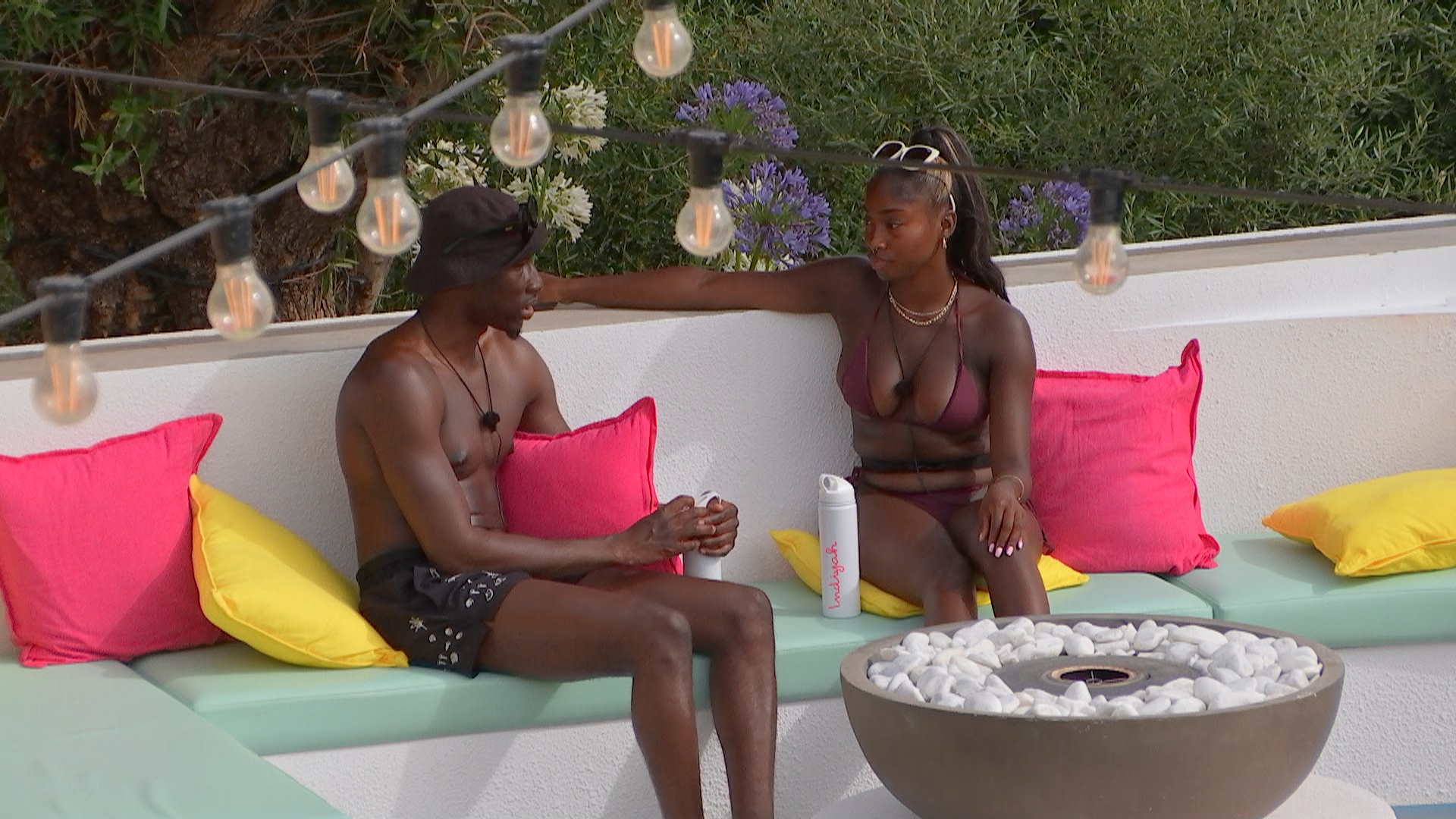 END_OF_DOCUMENT_TOKEN_TO_BE_REPLACED

The boys are also stuck when making the big decision as Jay is left giving Davide advice on his relationship with Ekin-Su.

Jay says: “Right now it’s quite obvious I think you still have a connection with Ekin, and you don’t just wanna throw that to the side out of spite, it’s not right man.”

Davide admits: “I make myself many problems…Let’s see today how it goes.”

Jay says: “You should stay true to how you feel man, go for it.”

Whereas it seems to be an easier decision for Jacques as he pulls Cheyanne for a chat, saying: "I told you I only wanna get to know you," before leaning in for a kiss.

We'll have to wait and see what happens later on tonight when the real drama kicks off.

popular
Here are the baby name trends set to dominate 2023
Queen Elizabeth II's cause of death revealed
Five children rescued from van as driver is arrested
Status Yellow warning for six counties with heavy rain and wind in the mix
Vicky Phelan's image projected onto GPO
Irish twins featured by Gucci during Milan Fashion Week
Greg O'Shea says he regrets not staying with Amber for longer
You may also like
1 day ago
Greg O'Shea says he regrets not staying with Amber for longer
2 days ago
Two Love Island 2022 stars have just become step siblings...
3 days ago
Adam Collard responds to claims he cheated on Paige Thorne
6 days ago
Love Island's Indiyah explains why she called a medic in the villa
1 week ago
Greg O'Shea opens up about "really bad" time as he suffered a mental health crisis
1 week ago
Love Island's Tasha lands yet another fashion deal
Next Page