A Heinz Beans museum just opened in London, and we actually need to go

And to celebrate, the company has opened a very special pop-up museum dedicated to their beans.

Yep, a Heinz Beanz museum just opened in London, and we actually need to go.

In the museum, guests can learn all about the history of baked beans, and everything that has happened over the last 150 years.

There's also a whopper slide, that leads to a bean pit (a ball pit that looks like a bowl of baked beans!)

The Heinz Beans Muzeum will be held at at the White Space in Covent Garden in London.

Entry is free, which means that everyone and anyone can rock in and learn bean things.

So what exactly IS the history of the baked bean?

Well, in 1886, Heinz Baked Beans were first sold at the Fortnum & Mason department store in London. 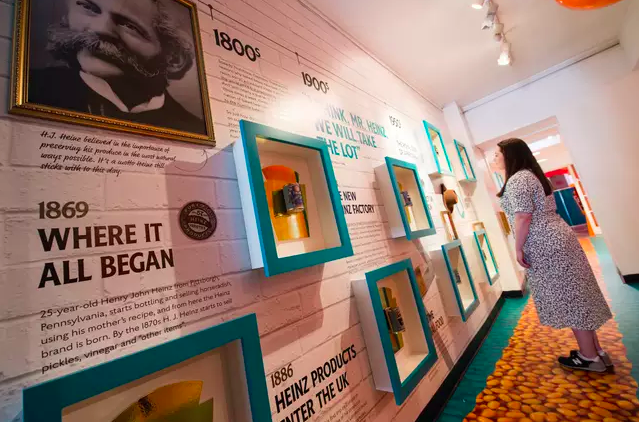 After opening its first overseas office in London in 1896, the company opened its first UK factory in Peckham, south London, in 1905.

This was followed by a second factory at Harlesden, north-west London in 1919. Production was started at a former munitions factory at Standish near Wigan in 1946. A new factory opened in Kitt Green, also near Wigan, in 1958.

Between 1941 and 1948, The Ministry of Food classified Heinz Baked Beans as an "essential food" as part of its wartime rationing system.

The Heinz factory in Kitt Green is one of the largest food factories in Europe, and produces more than 1 billion cans of food every year.

If you're in London this weekend, and want to know more - you know what to do.


popular
WIN a hoodie bundle from GYM+COFFEE to keep your workouts looking fab
Taoiseach Leo Varadkar re-registers as doctor amid Covid-19 pandemic
Disney Plus announces new titles coming in April
#Covid-19: Tiger in New York zoo tests positive for coronavirus
19 brilliant books to read while you're social distancing
#Covid-19: Kim Kardashian says lockdown has made her realise she doesn't want more kids
10 summmer dresses we are ordering this week to cheer ourselves up
You may also like
6 months ago
A bean bag onesie exists, and honestly it's the greatest thing we've ever seen
7 months ago
You can now get a t-shirt with your BFF's face floating on it, and please take our money
7 months ago
A woman has been JAILED for looking through her husband's phone
7 months ago
This adorable doggo has his own special chair because of a rare medical condition
7 months ago
A woman washed her dirty knickers in a hotel room kettle and other things you didn't need to know today
7 months ago
Twitter is in BITS after this hilarious bridal story goes viral
Next Page